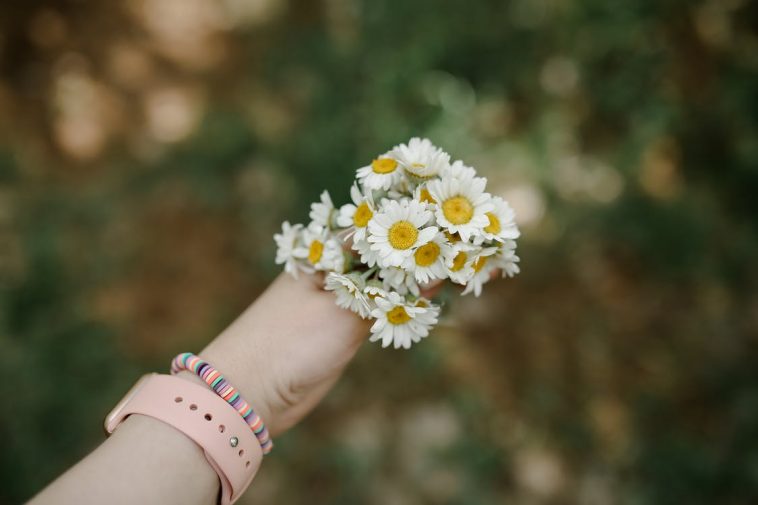 If you’re like most other readers of this blog, you most certainly love knowing what your favorite celebs have been up to lately, their likes, and interests. Their net worth and love lives aside, there’s a big chance your favorite celeb’s personal hobbies might interest you. If you love flowers, keep reading. Here’s a list of five celebrities you might be sharing common interests with.

Born Jennifer Anne Garner in 1972, it turns out that the American actress famed for films like Electra, Alias, and Very Bad Day is a huge fan of flowers. Her love particularly for sunflowers was revealed in one of her several Instagram posts where she showcased her sunflower garden. Having been severally spotted in flower markets from Boston to LA, Garner is also a huge lover of delphinium and gladiolus.

A hands-on mom and the Honest Company’s founder, the 31-year-old American actress is known to be an avid social media user who loves to share her family’s holiday and work fun-filled moments. In a past social media post, Alba showcased her very own flower garden where she had lovingly planted blooms and put them to cut, using scissors to free the vibrant flowers.

While some might think it was some kinda Pinterest mistake, the mother of two admitted that she doesn’t take such risks often. However, she has done it several times. And that’s not all! A post on Bouqs shows that, in May 2015, the Baby2Baby Ambassador hosted the Mother’s Day Party where mothers and their kids interacted with all sorts of colorful blooms.

This is not to mention the Dolce & Gabbana Tulip Gown she wore in 2017 during the action flick “Mechanic: Resurrection” premiere event. It appears that Reese Witherspoon, Jessica Biel, and Lily Collins are also great fans of tulips.

The elegant “When I’m Gone” hitmaker is also among the many celebrities with mad love for fresh blooms. Allegedly, she goes shopping for flowers every day, peonies, tulips, and hydrangeas being some of her favorites. After all, why have a boyfriend called Orlando Bloom and a song called Daisies if you don’t have a thing for petals? It could be a coincidence but the California Gurl has a lot linking her to her obsession with flowers.

Despite being good in the kitchen, especially Italian food, the Just Dance hitmaker also has a thing for flowers. Born Stefani J. Angelina Germanotta, the green-colored American songwriter, singer, and frequent gambler is rumored to love white roses.

This was perhaps confirmed in a recent Instagram post where she wrapped her arms around a giant bouquet of white roses sent as a gift from her boyfriend, Michael P. to celebrate her 35th birthday.

The caption read, “When your bf sends you all the flowers in Rome for your birthday.”

He knows his way around technology. Besides running one of the biggest social media accounts with 27 million fans, Ye might be the biggest flower lover in showbiz right now. As seen in his online albums, he often shows off roses, especially those that have been hand-painted by artisans from Sri Lanka.

In May, the multiple-time Grammy Award winner surprised his fans with a giant bouquet of red roses he ordered for Kim Kardashian.

While other people may just throw some flowers on her door, Kim goes for something with a little more personality. The huge flower arrangement featured over a dozen roses with bejeweled crowns and bouquets of baby’s breath wrapped around them. It wasn’t a complete surprise as Ye had ordered the flowers in June, the exact day he had planned to propose to her.

While these are only a few celebrities who are fans of flowers, it’s evident that flower lovers comprise the elite too. Perhaps just like you, most of them work hard to spend some of their precious time in getting the perfect arrangement for their lady love, or a loved one.