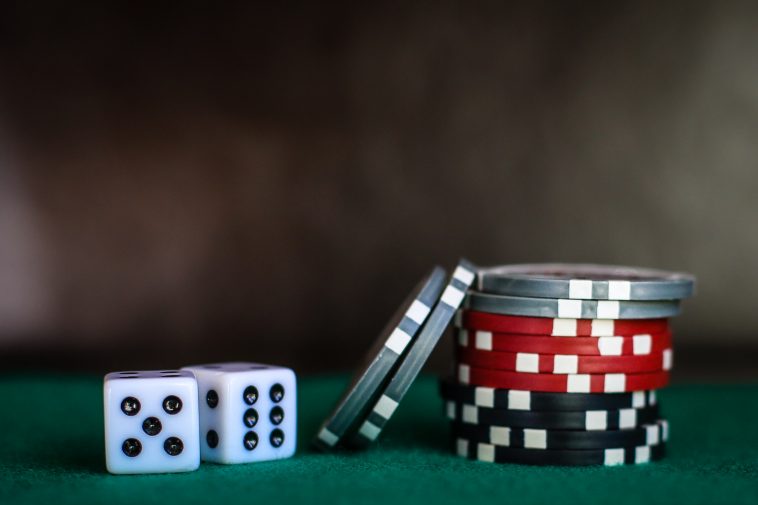 Online Casinos have over the years adopted many themes, topics and characters to make their games more popular and appealing. This is mostly seen with slot games that have more room for customization and personalisation. The rich and famous are considered royalty these days and therefore it comes as no surprise that some of their games would be designed after world renowned celebrities. As such, they are featured in a great many industries including games. Many have learnt that they can make money out of this prowess. Casinos and game developers such as NextGen Casino, of which you can find information and reviews here, have adopted this prowess. They have put out many great games based on these celebrities. This article will look at some of these games themed after celebrities and what they have to offer.

Elvis Presley, the famed and undisputed King of rock ‘n’ roll loved casinos and even spent most of his life in the famed gambling city, Las Vegas. Consequently, this revolutionary star has his own slot game thanks to the efforts of WMS Gaming. The game features a unique 11 reel and 80 pay line setup and is themed after Elvis’ and Rock ‘n’ Roll music from the 60s. It has 3 by 6 and a 2 by 2 reel set that may seem complex for beginners but is quite efficient once understood. The symbols are carefully designed to give the player the full Elvis story. They include blue suede shoes, a guitar, a hound dog and a purple teddy bear. The wild had to be Elvis and he can substitute all other symbols from the reel except for the feature symbol. The game also has an amazing bonus game where players can get 20 free games with a 100X multiplier. This game is appealing to many players especially because it features quite lucrative free spins. With background music from him, this game is guaranteed to keep players entertained, give them wins, while still remembering Elvis Presley.

WMS has also brought us the Bruce Lee slot machine. This game has 5 reels with 60 pay lines. The martial arts movie star features in the game as various symbols and wilds. The game even has a sequel called Bruce Lee Dragon Tale Slot Machine. Bruce Lee himself is a game icon along with his kick, a dragon, a Chinese hat, a vase, a scroll, throwing stars, gold coins among other ninja like symbols. Players hitting for 3 treasure chest scatters will trigger a free spin bonus. This game is ideal for low limit and mid limit players due to its low bet amounts. Playing this game gives players the feel of being in a classic Bruce Lee movie flick.

This Italian horse racing jockey based in the United Kingdom is a 3 time Champion Jockey and has won over 500 group races. His success at Ascot in 1997 is appreciated by PlayTech releasing the Frankie Dettori’s Magic 7 Slot. This game has 5 reels and 25 pay lines to take players on a tour of Frankie’s achievements which can be rewarding for players through free spins, cash prizes and a maximum jackpot of 7,777 times their bet. This game even allows players to adjust the pay lines. The background is themed after a racetrack and players get to see Frankie on the reels with 3 icons dedicated to him. Once in a while players will get to watch short clips of Frankie’s exploits. This game has numerous in game bonuses that make it easy for players to win big while playing.

Playing at this slot will give you a chance to join Ozzy Osbourne and his family in having fun and hopefully make a fortune in the process. This English Rock Singer rose to fame at the helm of Black Sabbath. He is famous for classic music hits such as War Pigs and Paranoid. This was reaffirmed through the MTV documentary featuring the rest of his clan. Microgaming consequently released a slot game based on this rock legends achievements. The game features great visuals, a themed rock soundtrack, 5 reels and 20 pay lines. All the family members make an appearance on the show and even form the icons and symbols appearing on the reels. The game has bonuses in form of a gift grab, free spins and lucrative multipliers. This game is quite entertaining and takes players back to the times of the Osbourne family while winning many prizes.

The Jimi Hendrix Slot from NetEnt celebrates the exploits of the famous guitar virtuoso. The game is guaranteed to bring the musician back to life, giving players the feel of being at one of his concerts while giving those huge wins and prizes thanks to its 5 reel layout with 20 fixed pay lines. The game also has great visuals and audio and colourful graphics with a 70s style layout. Jimi will appear on the reels playing the guitar as a scatter symbol. The games controls are easy to understand and it comes with a re-spin feature, free spins. This rewarding game has a 96.9% meaning its highly rewarding and will take you on a tour of the 60s.

The Michael Jackson King of Pop slot was designed by Bally as a tribute to the late Pop Star. It is believed that no artist is yet to put on a show like Michael Jackson did. His game features free games, wheel bonuses, scatter wilds, themed moonwalk wilds and 5 reels wit 40 pay lines. During gameplay, players get to enjoy some of the legendary tracks from the late star celebrity, and here are top 10 Michael Jackson songs you can expect. Fans of Michael Jacksons dance and music are guaranteed to stay entertained throughout the game while taking their chances at winning big at this game.

Inspired Gaming released the Mike Tyson Online slot with a theme that was inspired by the scandalous legend and famed boxers achievements and exploits. The game features symbols such as a blue boxing glove and Mike Tyson himself triggering a super bonus. Players also stand to land a jackpot blow that can win them up to 500 times their bet. This game starring one of the greatest boxers of his time is worth playing and is guaranteed to line your pockets while having a lot of fun.

NBA fans and basketball enthusiasts recognize Denis Rodman as one of the most unique to ever play the game. Having played alongside greats such as Michael Jordan and Scottie Pippen, he is recognized for being a part of the Bulls greatest achievements to dat. Besides basketball, Denis Rodman is recognized for his unique business efforts and intrigues outside the game. Vegas Technology designed a slot game based on this celebrity featuring 5 reels and 20 pay lines. The game has been designed with notable symbols from Rodman’s life such as the Wedding Dress and a race car. The game is just as lucrative as Rodman’s career with the ability to hit for $100,000 per spin while playing with the maximum total bet of $200. This slot game will take you on a journey of chance through the luxurious and rewarding life of basketball players.

Just like casino’s, celebrities are known for their wealth and scandal. Celebrities themselves are some of the biggest spenders when it comes to gambling. It is thus understandable that celebrating celebrities’ has brought us some of the most fun and appealing casino games in the industry. This phenomenon is bound to keep happening especially due to the success associated with celebrities. Online Casinos have managed to find another way to keep us intrigued while letting us enjoy being a part of celebrity lives.