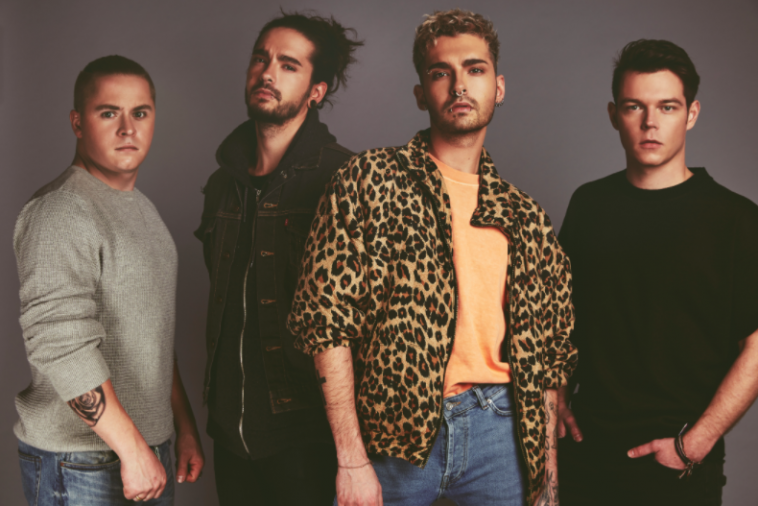 Tokio Hotel offer a pleasant throwback to us.

Remember 2005? You were probably jamming to Gwen Stefani’s “Hollaback Girl” on your iPod, watching “Desperate Housewives” and “One Tree Hill” on your TV or talking about Brad Pitt’s and Jennifer Aniston’s divorce with your friends.

That year also saw the debut of what was about to become one of the biggest boy bands of the next couple of years. Four 16-year old German boys had just released a track titled “Durch den Monsun” which saw them first capture the hearts of German-speaking audiences and later, thanks to its English re-release “Monsoon”, also of every girl worldwide.

15 years and a couple million records sold later, the band – which still goes by the name of Tokio Hotel – decided to honor this special release by reimagining and rereleasing the track. “‘Monsoon’ means change. It’s the song that changed our lives completely.” explains Bill Kaulitz. “We wondered what ‘Monsoon’ would sound like if 2020 was the first time we ever recorded it. We wanted the new version to resonate with the here and now”, he explains further. Originally supposed to be an acoustic track with a big orchestra, the band decided to then switch things up. “We had to do something special for 15 years of this track that started it all for us“, added twin-brother Tom Kaulitz.

“Monsoon 2020” offers a more mature take on the original track while maintaning the original’s catchiness. A driving beat is paired with some mellow guitars. The tempo has being slightly reduced, the youthfulness replaced by the knowledge of the last couple of years.

“Monsoon 2020” sounds refreshingly new yet instantly recognizable. Sonically a continuation of the style the band decided to adopt for stand-out record “Dream Machine”, this release perfectly manages to capture the band’s current standpoint and offers a delightful preview off what we might be able to expect off of their upcoming LP.

“Monsoon 2020” was released via Epic Records / Sony Music Germany and follows “Melancholic Paradise” or “Chateau” as another teaser of what is about to come by Tokio Hotel soon.

What do you think about “Monsoon 2020”? Share your thoughts with us, either on Twitter @CelebMix or on our other social media channels.