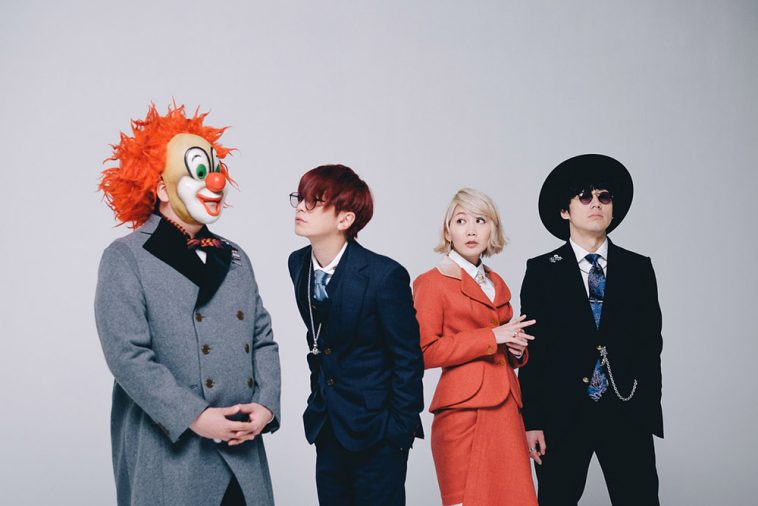 End of the World is a major Japanese project, a band that mixes J-pop, experimental, indie pop, rock, and Jazz. End of the World has four members; Fukase, Nakajin, Saori, and DJ LOVE, four childhood friends who have found a special chemistry when composing and performing their magnetic music. It’s following an intense battle with mental illness that Fukase found the courage to overcome his issues by reconnecting with Nakajin (guitar), Saori (piano), and DJ LOVE. End of the World have previously collaborated with Clean Bandit, Gabrielle Aplin, and R3HAB.

This new deluxe version of their album titled Chameleon is a mesmerizing work of art in which listeners will have the privilege of enjoying over seven years of hard work by the band. Packed with a collection of eighteen tracks, Chameleon (Deluxe) is a great way to get introduced to their infectious sounds, as they alternate between catchy, melancholic, hard-hitting, and sometimes extremely emotional and poetic soundscapes set to appeal to the masses of music lovers worldwide.

There’s never a dull moment when listening to End of the World’s new record, as the band intertwin so many genres and subgenres, proving their versatility, endless talents and clear vision when it comes to imagining the kind of music people will listen to in the coming years.  With over 300K monthly listeners on Spotify and almost 100K subscribers on Youtube, End of the World’s new record Chameleon (Deluxe) is a must-listen!