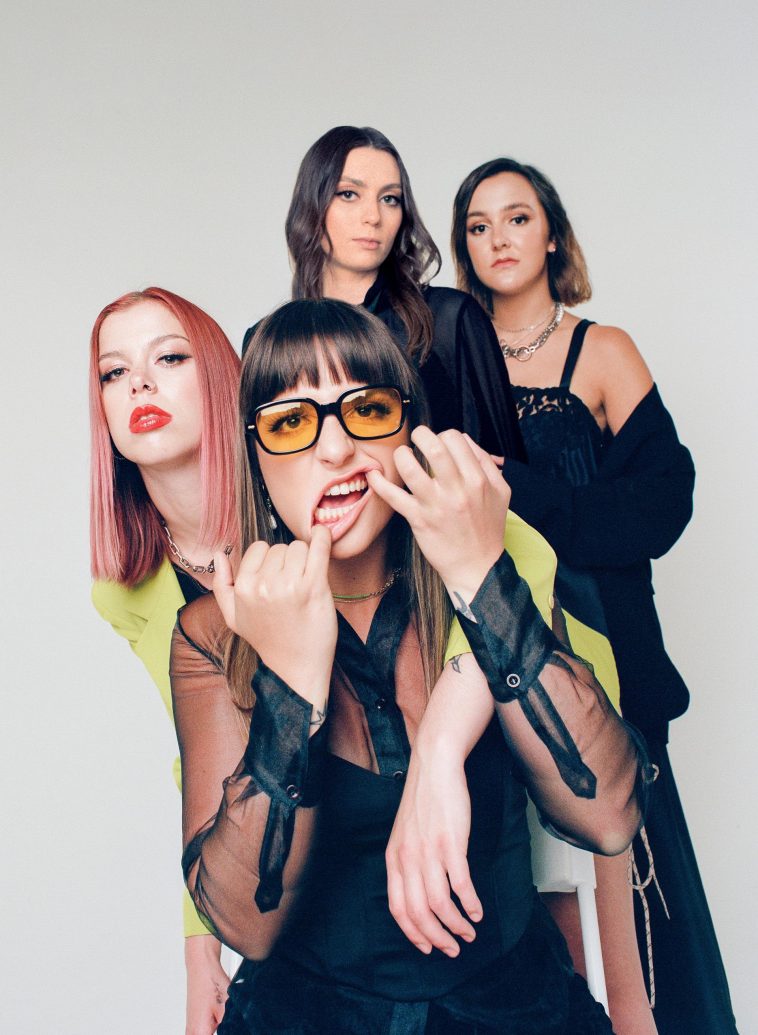 The alt-pop four piece, The Beaches, released their latest single, “Grow Up Tomorrow.” Perfectly encompassing what it feels like to be young, carefree, and reckless. The new track represents everything The Beaches are about: rock’n’roll, freedom, and good time. “Grow Up Tomorrow” blends pop, alternative, and rock, and shows off every little talent the band features: from instrumentals, to polished vocals, and overall delivery.

The Beaches describe their vision for the music video: “Since the song is such a fun bop we wanted to represent it in the only way we know how: by throwing a house party with all of our closest friends. I’ve recently come into my own in the queer community (Leandra), who have welcomed me with open arms, so I wanted to make sure we represented this new, big part of my life in the video.”

Check out visuals for “Grow Up Tomorrow” by The Beaches below:

About The Beaches (Spotify)

Toronto band The Beaches have won two Juno Awards, had six top 5 singles, opened for the Rolling Stones and Foo Fighters, and count Elton John as a fan. All that and they are still in their mid-20s.

Their next few singles will surprise fans with their distinctly indie-pop direction, and yet within their lyrics is a theme not uncommon to musicians, or anyone in the music industry: perpetual adolescence, or as lead vocalist/bassist Jordan Miller refers to it “arrested development.”

Jordan; her sister, guitarist Kylie Miller; keyboardist/guitarist Leandra Earl; and drummer Eliza Enman-McDaniel are dedicated to this life. Jordan and Kylie started jamming together as kids (6 and 7 years old) in a band they called Done With Dolls; Eliza joined in grade 6, followed by Leandra in high school. They adopted the name The Beaches in 2013 after the neighbourhood in which they lived. They practiced every single day, the way some kids do their homework, and released a self-titled EP that same year, and another, Heights, in 2014.

Let us know what you think of “Grow Up Tomorrow” on @CelebMix!