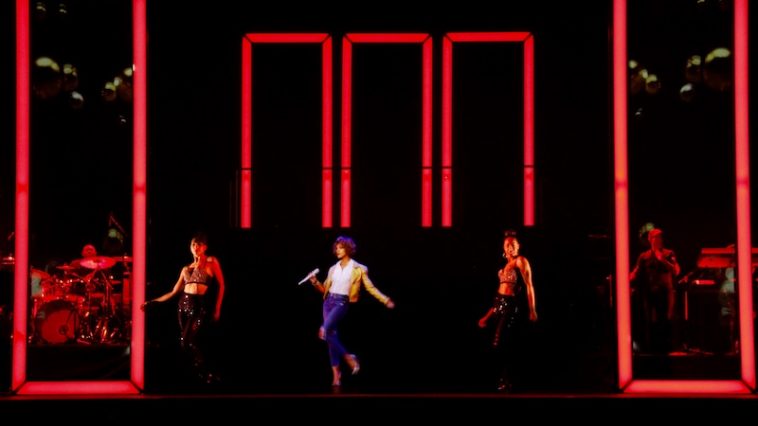 The eagerly anticipated hologram tour, An Evening with Whitney Houston, kicks off today in Sheffield at 8pm GMT for an 11-date UK tour, before jetting off to Europe.

BASE Hologram and the estate of Whitney E. Houston recently released the official trailer for the hologram tour which includes Houston live as a hologram, performing her iconic hits I Will Always Love You, I Wanna Dance With Somebody, Higher Love, and many more alongside a live band and background dancers.

Fatima Robinson – who worked with Whitney Houston on set for the I’m Every Woman music video – is bringing the production to life with a full live band, back-up singers and choreographed dancers.

There is only one Whitney. No one will ever have that voice. Her music touched every generation. We’re going to take some movie magic and add it into our live performance. It’s going to be incredible.

In January, we got a sneak peek into behind the scenes footage with Robinson and fellow choreographer, Adrian Wiltshire, running through choreography that will be performed alongside the digitised icon on stage.

While searching for the right team, they wanted all dancers to have a healthy combination of technical precision, soul and personality, to do the show and Whitney Houston’s hits justice.

Leading live event producer of cutting edge holographic live entertainment, BASE Hologram, announced the partnership with The Estate of Whitney E. Houston, and is the only Whitney Houston production authorised by the Whitney Houston estate.

A hologram show is all about the imagination and creating a “wow factor” that extends to an incredible experience to enjoy for years to come. Whitney is not with us but her music will live with us forever. We know we made the right decision partnering with BASE because they understand how important it is to produce a phenomenal hologram. They also know that engaging her fans with an authentic Whitney experience would resonate worldwide because of the iconic status that she created over three decades. Her fans deserve nothing less because she gave nothing less than her best.

You can grab tickets to see the show here!

Tweet us @CelebMix to let us know if you are counting down to see this awe-inspiring Hologram Tour!