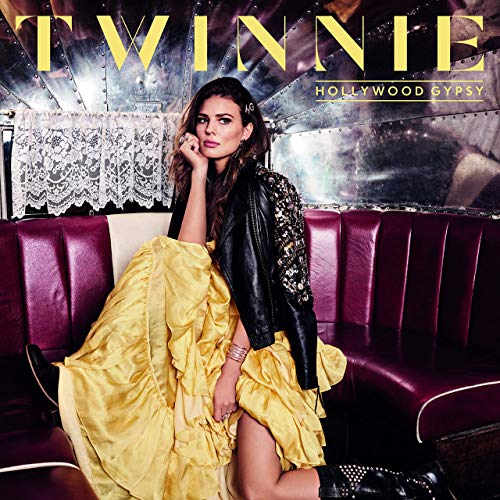 After a massive breakout 2019 that saw the release of her major-label debut EP ‘Better When I’m Drunk’, Twinnie has kicked off 2020 in style with the release of her brilliant new single ‘Type Of Girl’ along with the announcement of her much-anticipated debut album ‘Hollywood Gypsy’ and the confirmation of her very first headlining tour.

Speaking about the sassy single, Twinnie says: “I have a strong vision of who I am, and it’s not anybody else’s job to tell me. So that song was me saying that upfront to a future boyfriend”.

The country crossover singer/songwriter is ready to dominate the scene this year and in April the full-length record will drop on Friday, the 17th via BMG and will come after the York artist has toured the UK throughout March.

The full tracklist for ‘Hollywood Gypsy’ is as follows:

The LP promises to be one of the major standouts of 2020 and with several fan favourites included on the 12-track offering listeners are sure to be delighted by the album which is available for pre-order right now.

Talking of the forthcoming ‘Hollywood Gypsy’ CD, the country artist said: “The title of the album pretty much sums me up. I am a traveler by nature and by heritage, so I am quite free. ‘Hollywood Gypsy’ is about me, my life, my artistry.”

Meanwhile, Twinnie’s headlining UK tour will kick-off on March 17th in Glasgow before wrapping in London on the 24th;

On sale, times will be announced shortly with full details available at twinnieofficial.com

Are you excited for Twinnie’s debut LP and headlining tour? Let us know your thoughts across social media!