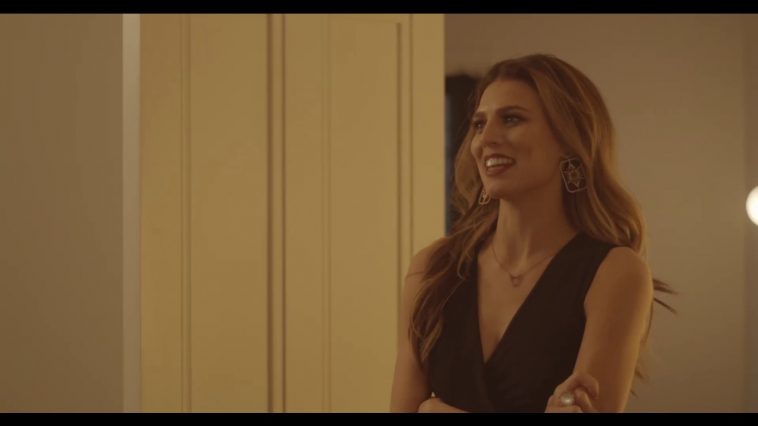 British country crossover sensation Twinnie is gearing up for the release of her highly anticipated debut album ‘Holywood Gypsy‘ on Friday, April 17th this year via BMG Records and the latest official single to be released off the tracklist is the anthemic, power anthem ‘I Love You Now Change’.

The single has been a huge hit for the York singer/songwriter, being added to multiple Spotify streaming playlists and also topping the Amazon Country singles chart along with the official music video gaining in excess of 30,000 views on YouTube since its release on March 26th.

And now, Twinnie has shared the official behind the scenes of the making of the ‘I Love You Now Change’ clip which stars Gustav Wood and was directed by renowned filmmaker Chris Turner in London.

Speaking about the BTS and official video, Twinnie says: “I loved working with Chris again who directed ‘Type Of Girl’, we had almost the same team and yet again they smashed it. I went easy on them this time though with only two looks instead of the 8 different looks last time. Buster Knight, Brady Lea, and David Hawkins were all amazing. Shout out to Gustav Wood who made me feel incredibly comfortable on set, we had met once before the shoot but apart from that, we were pretty much strangers. Quite weird acting like someone’s wife when you hardly know someone but Gus made it so easy. He killed the performance and was a joy to have on set”

The behind the scenes look at the making of the ‘I Love You Now Change’ film sees the UK rising star talking us through the process of shooting the scenes and includes a fun look at how the creative process came together.

You can watch the BTS video in full here:

What do you think of the BTS clip from Twinnie on set of the ‘I Love You Now Change’ music video? Let us know your thoughts across social media!