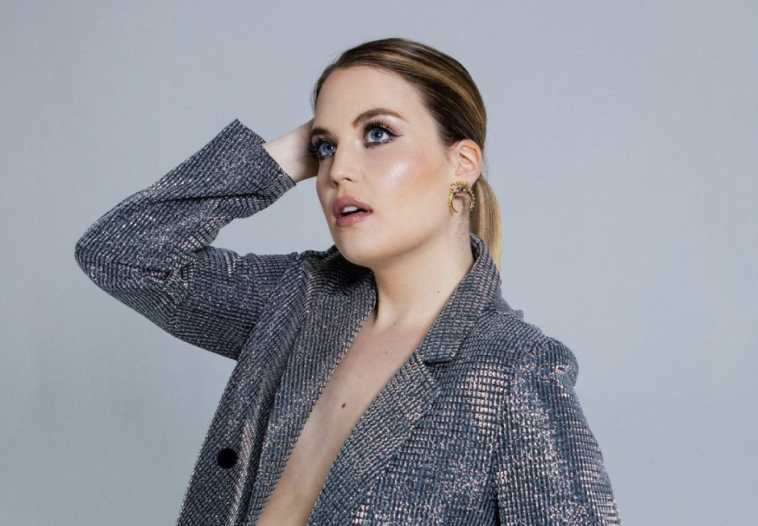 As the anticipation builds for her debut EP, Voyager, Valerie Broussard shares a brand new single “Wildflowers” with listeners.

This single follows the success of collaborations with world-renowned DJs Kygo and ILLENIUM which have racked up millions of listens on streaming platforms.

“Like so many songs I’ve worked on the past year, ‘Wildflowers’ was written over zoom and recorded in my apartment, so it feels right that it’s a song about how beauty can be found in wild places and untraditional circumstances,” Broussard said.

“Wildflowers” is the lead single off of her upcoming project. With over 500 million streams and her music in hundreds of film, television and video games, the “Golden Hour” singer has captivated the attention of countless music fans around the world before the release of a full-length project. Fans of Grey’s Anatomy, Riverdale, Lucifer, Chilling Adventures of Sabrina and Pretty Little Liars may recognize her impressive vocals.

Broussard creates music that is effortlessly relatable and consistent in quality. This new single covers the painfully familiar feeling of being at the crossroads of a relationship. Although times may be tough, the singer-songwriter assures her partner that their love is still blossoming.

The inspiration behind “Wildflowers” comes from a conversation Broussard had with her father regarding the moonflowers that grow in the front yard of her childhood home. The moonflowers bloom at night and flourish even in the dark. This conversation inevitably turned into a reminder that even during dark and strange times, we can still adapt and grow similarly to aspects of nature.

“Wildflowers” is the “Think About You” singer’s second release of this year. Her collaboration with ILLENIUM on “Sideways” was her first release of 2021. Fans can look forward to Broussard’s debut EP, Voyager, coming out this fall.