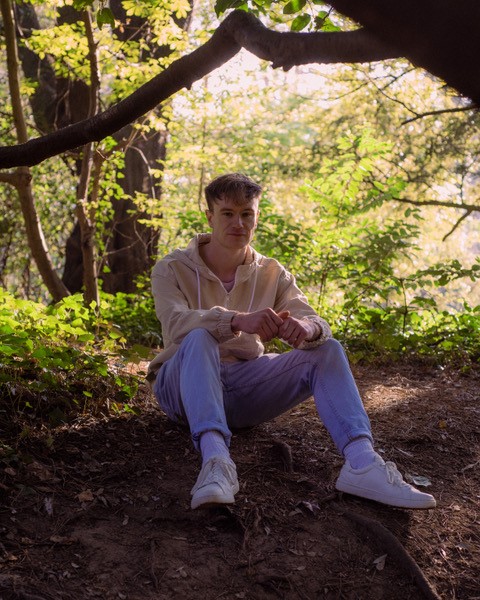 Walshy explains, “It was written as a self-reminder to not stress about relationships or the future; to take a step back and relax when your mind is clouded full of pressures which are often out of your control.”

Prior to beginning his solo career, Walshy, aka Lucas Walsh, released music as part of the London/Dublin duo Caleb & Walshy.

The duo released their debut album, Terminal 27, in 2019. A short time later, they dropped “Lover’s Leap,” which featured R&B/rap star Shiv. They followed in 2020 by releasing “Thanks for Thinking.”

From Dublin, Walshy is a gifted hip-hop artist from Dublin who uses his multi-instrumental abilities to produce jazz-infused, boom-bap instrumentals often combined with airy, delayed vocals reminiscent of dream-pop sounds.

The song begins with a typical phone conversation between Walshy and a temp agency during his time living in Leamington Spa. The instrumental slowly builds up around it before the drums kick in along with the crisp, deep tone of Pager the Sloth (Sean Page). Walshy’s smooth jazz chords played on dreamy e-keys are complemented by the relaxed lyrics of Pager. The plush, complex guitar licks from PCG Beats along with the low-slung drum rhythm provide a carefree song for the advent of warmer weather. Eda’s luscious vocals, though minimal, shine through, forming an exhortation to keep pushing forward through thick and thin.

The upcoming music video for “Tranquility” was shot by Rafa Muñoz at a park called “The Jacko” in Dublin, Walshy’s go-to place for peace of mind. The group captured feelings of peace, calmness, and serenity by surrounding themselves with verdant spaces, placid lakes, and forested areas.

Silky-smooth, low-slung, and chill, “Tranquility” parades the creative gifts and musicianship of Walshy, an artist to keep an eye on.