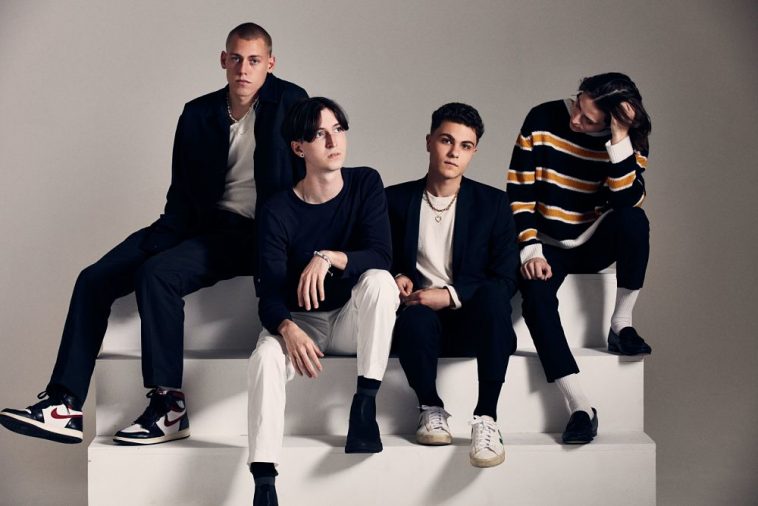 19&YOU is a band of four musicians, Cameron, Noah, Liam, and Jackson. Their name came about after writing their titular song, 19&YOU. It’s a song about changes in life and transitional moments, topics we really try to capture in our music. The idea that they are always changing is something the band feel represents them and their fans well.

19&YOU’s self titled EP is about the forming of their band and the journey from living in Sydney, Australia to Los Angeles during COVID-19, “It’s about the relationships we’ve had and the places we’ve been,” the band tell CelebMix. “It’s the start of an incredible chapter of our lives and our music. We’re so excited for people to hear it.”

“We didn’t have a specific goal for the project as a whole when we started,” the band continue in our chat. “We always sit down and write when there’s something happening in one of our lives that we need to talk about.”

The EP came from the band slowly piecing together different songs and stories over time. They are definitely extremely proud of it and feel like it represents the band as a whole the way they had hoped it would.

19&YOU write songs in a lot of different ways. Sometimes a band member will come in with a lyric or melody and they go from there. Other times the band is sitting around talking about their lives.

A lot of the time Noah will come into the session with an idea for a song and some basic production and if everyone’s excited about it we build it up.

Something that the band thinks sets them apart, is their creative process, and that they produce everything at the same time they write it, so the decisions they make about one informs the other subsequently.

“One hundred percent of our lives influenced the creation of our EP,” the band state to CelebMix. “It’s so important to us that we’re telling real stories that reflect real experiences. We’re always writing about our lives and relationships with the people in them.”

“19&YOU” and “ADRENALINE” are two important songs off the debut EP the band would like for listeners to pay particular attention to! They cover both sides of a spectrum, the sad heartfelt side of their sound and the gritty guitar-driven darker side of their sound.

“Both songs were ah-ha moments for our band that represented us really stepping into our sound,” the band tell CelebMix. “They were both made from a place of us just doing what felt good and not worrying about how it would be perceived commercially.”

19&YOU want people to feel like they’re stepping into a world and experiencing something really special. Music is an incredible escape and a way for people to connect with themselves, “We hope that people connect in a way that allows them to heal and learn something about themselves.”