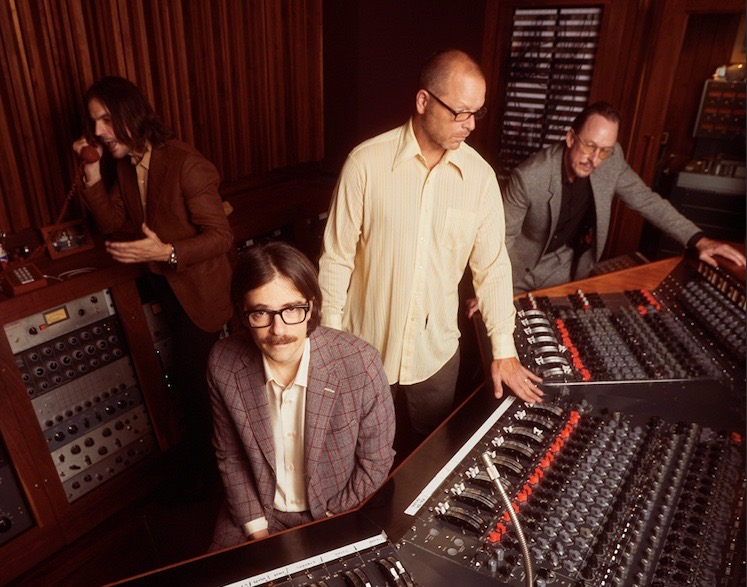 Legendary giants of American rock Weezer are set to inject some much needed emotional zest back into the charts this month, with news of the release of their fourteenth studio album Ok Human.

Serving as the follow up to 2019’s Weezer (Black Album), and featuring lead single All My Favourite Songs, the style and tone of the record may come as somewhat of a surprise to die-hard fans of the Californian band, who were maybe expecting to hear something a little more rockier from the Beverly Hills hitmakers…

For those in the know, 2020 was set to be the year of Van Weezer – the big riffs rock album Weezer made in homage to the iconic metal bands the group loved growing up… until a global pandemic hit, and then suddenly it wasn’t.

Known for being a band that never rest of their laurels, or take the easy route to achieve commercial success, frontman Rivers Cuomo headed back into the studio, and began writing a whole new record, inspired by another vital ‘musical touchstone’ of his youth; The Beach Boys’ 1966 studio album, Pet Sounds. And so, throughout the summer of Covid-19, the band – along with a 38 piece orchestra – worked tirelessly through many a masked recording sessions, using all analogue technology, to complete the new record.

Described as being a “cheeky nod to Radiohead’s technophobic future-trip ‘OK Computer'”, the album promises to take listeners “through parts of Cuomo’s every day” with melodic, musical numbers that serve as a “Technicolor symphonic spree that meditates on how over-and-under-connected we all are, particularly in a year where we can see each other with greater ease, but can’t be physically near each other at all”.

Ok Human is set for release via Crush Music/Atlantic on Friday, January 29th 2021.

Are you excited to hear new music from Weezer? Let us know your thoughts over on Twitter @CelebMix now.