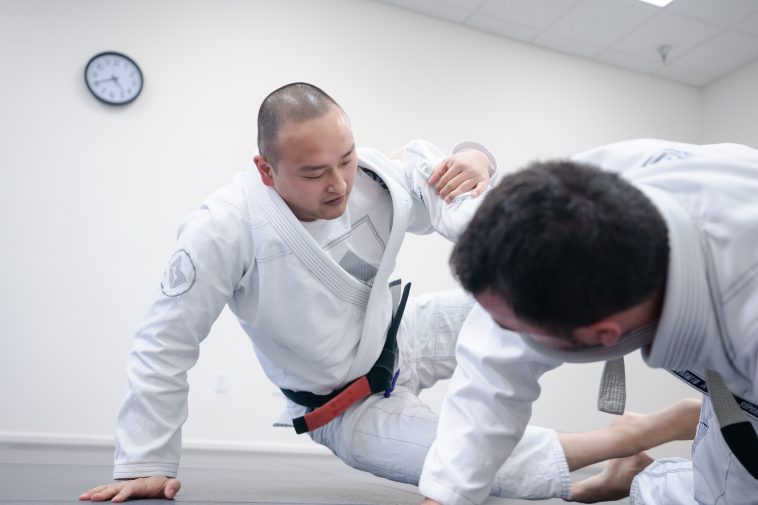 An increasing number of celebrities are translating their interest in self-defense to enrolling in BJJ classes. Some do so to prepare for movie roles but others are looking for the other benefits that BJJ offers including learning self-defense skills, enjoying the discipline’s social aspect, accessing improved problem-solving skills, mental health enhancement, weight loss and the development of discipline.

So put aside your Slots Play Casinos fun for a few minutes and let’s look at the list of new BJJ enthusiasts which includes sports stars, musicians, a-list actors and actresses, comedians and more. They include:

Shaquille O’Neal has been an adherent of the art of Brazilian Jui-Jitsu for years. The NBA star who played for six teams over his 19-year career and is a four-time NBA champion dabbles in the martial arts including boxing, (he fought Oscar De La Hoya in an exhibition boxing match), the MMA (he credits his MMA training as having helped him on the basketball court) and Brazilian Jui Jitsu which he does well at.

O’Neal uses his skills in jui jitsu to further his MMA ambitions and has posted a video of himself in competition with BJJ pros as he prepares for a MMA match. But O’Neal also enjoys jui jitsu for fun – he was known for tackling NBA colleagues in the locker room with jui jitsu moves – naked.

British actor and comedian Russell Brand has been learning jui jitsu for almost 6 years and has earned his purple belt. He is a true enthusiast who likes to take regular classes and does so on a regular basis. He spars, unlike other celebs who prefer one-on-one instructions.

Brand’s affection for jui jitsu has influenced him to create YouTube videos such as “5 Ways that Brazilian Jui Jitsu Changed My Life,” and “Purple Belt! My Brazilian Jui Jitsu Story” where he talks about the positive effects that the practice has had on his life which include his increased sense of humility and enhanced sense of resilience.

Demi Lovato has added “martial arts athlete” to her singer-songwriter resume. She is a blue belt in Brazilian jiu-jitsu which means that she has knowledge of all attacking and defending positions: back, guard, mount, side control and turtle.

Lovoto told People magazine “I first got into jiu-jitsu because I loved watching people grapple. I think it’s really cool to learn something that helps you with self-defense.”

In addition to BJJ Lovato has also received training in a boxing, kickboxing, and Muay Thai. She sees martial arts as a powerful defense tool, fitness outlet and an emotional release.

Nicholas Cage starred in the 2020 movie Jui Jitsu and he did about 80 percent of his stunts himself after training for his role.  The movie did poorly, perhaps explaining why Cage dropped jui jitsu training as soon as filming ended.

But although the science fiction, martial arts film was, basically, forgettable, Cage’s performance, thanks to his decent execution of his jui jitsu moves, was decent and his reviews were, if not memorable, acceptable.

Like Russell Brand, Ashton Kutcher started learning BJJ because he was genuinely interested in the sport. He’s started when he was in Brazil on an ad campaign and his bodyguard suggested that he give it a go. He’s been training ever since and recently reached brown belt status which is one belt lower than a black belt, the top belt in any of the martial arts.

Kutcher has sparred with BJJ legend Craig Jones and today is trained personally by Rigan Machado who is a coral belt holder — the highest honor within Brazilian jiu-jitsu.

Hardy trains and helps to promote the REORG Foundation which helps veterans overcome the challenges that they face after their discharge. REORG provides veterans with BJJ classes, uniforms, memberships and other support that they need to move forward in BJJ and in their lives.

Movie director Guy Ritchie has been doing Brazilian jui jitsu since the early 2000s. He is a black belt and takes his training seriously. He told RSNG.com, “ Jiu-Jitsu becomes a way of life; it influences and affects every part of what you do, right the way through to the way you make decisions and the way you view things.

The progression of understanding the methods and the challenges becomes reflective on everything else, and I don’t think there are many other things in life that can offer that sort of reinforcement of the self. …Jiu-Jitsu is difficult, it’s tough, and it’s you out there – there’s no-one else who is going to help you – is that life as well? It might be’

Ritchie has said that BJJ helps him to find his focus “because it becomes a marker for life itself. But it also removes me from comfort situations and that is important. When you are going head-on with someone else you have to be completely on your game. As soon as you step onto that mat, you need to have everything in the right place.’