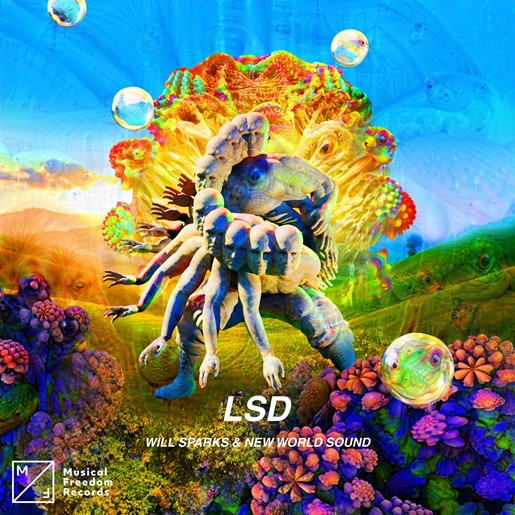 Teaming up with Tyrone James and Jesse Taylor of New World Sound, “LSD” follows on the heels of Sparks’ EP, Nothing More, Nothing Less.

Talking about “LSD,” Sparks says, “The driving techno-inspired kick and bass mixed with my signature sound will catch you off guard. My good friend’s New World Sound and I found ways to bring both of us together, my favorite part is the vocal, which Tyron had his Fiancé record for us! You don’t need all the bells & whistles to make something special. Simplicity is key, so is ‘LSD’.”

Renowned as the creator of the Melbourne Bounce, a sub-genre of EDM, Will Sparks has performed throughout the world, including Ultra Music Festival, Creamfields, and Tomorrowland as well as residencies at elite global venues.

With hundreds of millions of streams, along with more than two million monthly Spotify listeners, Sparks has collaborated with Steve, Aoki, W&W, Timmy Trumpet, and Priyanka Chopra, as well as creating remixes for The Chainsmokers, Bruno Mars, and Major Lazer.

The beguiling female voice imbues the lyrics with distilled cutting-edge timbres, accented by the massive rhythm and swirling, oscillating, driving layers of harmonics. The end result is a futuristic-sounding dance track that dexterously merges Will Sparks’ signature danceable beats with a complex melody that at once pummels and caresses listeners’ ears.