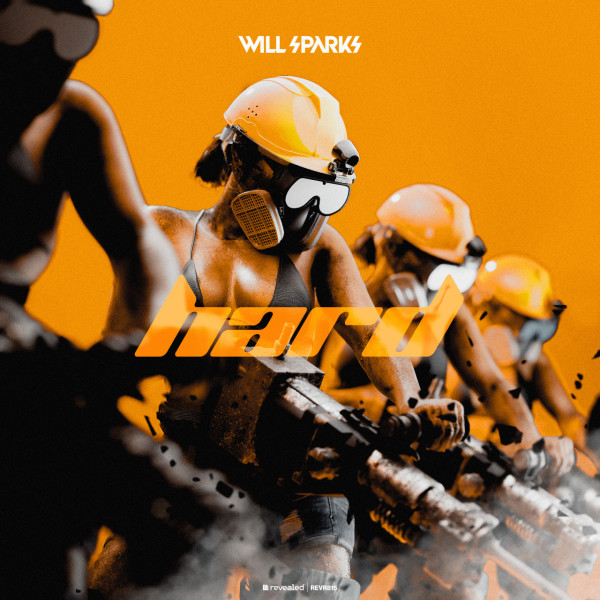 Talking about the track, Sparks says, “‘Hard’ is the record I made straight after ‘Come With Me.’ I was inspired by the bass stabs and wanted to do it again but in a totally different way. I took my sound design to the next level experimenting with multiple lead patterns and bringing those thick kick and bass tones together. I’m most proud of the breakdown and how euphoric it is. There isn’t a track in my set that can match it at the moment.”

Blending electro-house and techno, Sparks’ big room techno sound is making waves in EDM as he expands and elevates house music with his pioneering creativity.

Along with a double platinum record, more than 2.8 million monthly Spotify listeners, and high-profile collaborations with the likes of Steve Aoki, W&W, Timmy Trumpet, and Bollywood phenom Priyanka Chopra, as well as remixes for The Chainsmokers, Bruno Mars, and Major Lazer, Sparks’ music has caught the attention of millions worldwide.

Will Sparks has over 600 million streams and more than 15 #1 releases on Beatport.

He first exploded on the music scene with the release of “Ah Yeah,” which skyrocketed up the charts and achieve double platinum certification. Sparks followed with “Bring it Back,” which went platinum. Since then, he hasn’t looked back, going from success to success.

“Hard” opens on a massively muscular driving rhythm topped by heavy horns and a mega-fat bassline, rumbling and pulsating with seismic vibrations. A sudden tapping drop, and then the harmonics kick into overdrive as rampaging leitmotifs intertwine, forming pulverizing washes of sound.

After the primary drop, the tune takes on euphoric layers of sizzling colors and then mouses up to hi-octane techno on steroids.

With “Hard,” Will Sparks outdoes himself, generating colossal energy, throbbing pulses, and gargantuan levels of techno.