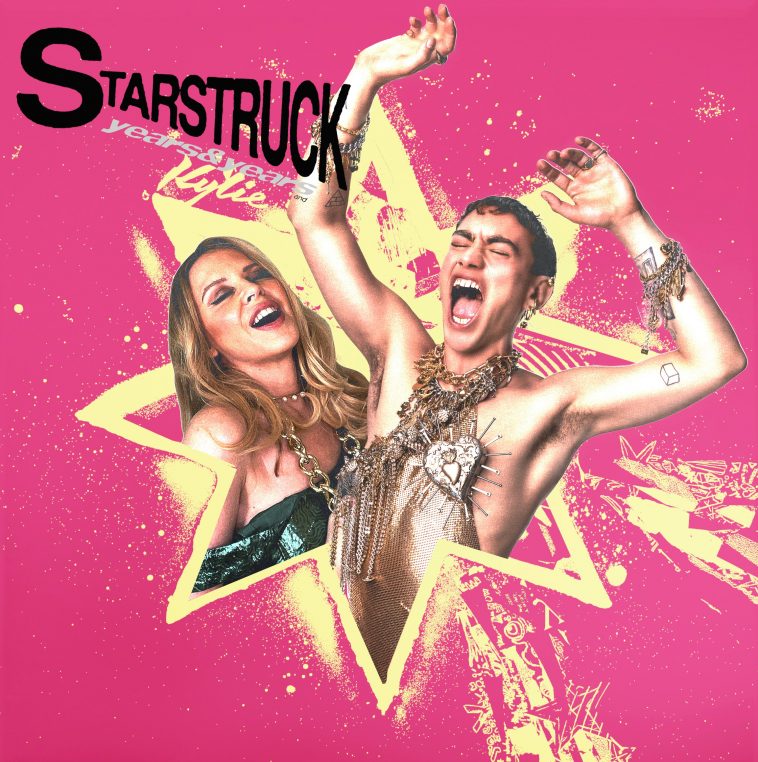 Years & Years, aka Olly Alexander, have released a glorious new remix of their latest single ‘Starstruck’, featuring none other than pop music icon Kylie Minogue.

Whilst the track is already a high energy and euphoric anthem which has lifted us over the past few weeks, a sprinkle of Kylie magic truly takes ‘Starstruck’ to the next level. A dazzling feel-good release, this is a duet we need to hear live immediately.

Olly and Kylie sound phenomenal together, and unlike many other remixes where the guest artist just adds in a verse, this is a full on collaboration. The pair are sharing verses, singing together and adding delicious harmonies to the electrifying track.

Speaking about the remix, Olly described the experience as “quite literally a dream come true. Kylie is an icon who has inspired me since I first started making music, so this feels out this world.

“I asked if Kylie would be interested in doing something on the song and I’m so thankful she said yes!!! I’ve been on cloud nine ever since and she’s really brought so much to the song, her voice is divine and her presence is just magic. I really hope people enjoy this moment of cosmic fantasy, I’m over the moon and the stars and the planets that this has happened!”

Years & Years and Kylie’s history together goes back to 2015 when the band supported Kylie at a show. Olly later performed ‘Better The Devil You Know’ with Kylie at her Christmas show at the Royal Albert Hall, London in 2016 whilst the band also performed before her iconic Glastonbury set in 2019.

Kylie isn’t the only legend that Years & Years have been working recently. Earlier this month, Olly took to the BRIT Awards stage for a stunning performance of ‘It’s A Sin’ with Sir Elton John with proceeds from streams and downloads of the track going to the Elton John AIDS Foundation.

The song was first released by the Pet Shop Boys in 1987 and inspired the title of the recent Channel 4 drama by Russell T Davies about the AIDS crisis in the 80s, with Olly starring in the main role. He released his own cover of the track before Sir Elton came on board for a show stopping collaboration.

‘Starstruck’ Remix is available to download and stream now.

What do you think of Years & Years and Kylie’s collaboration? Let us know on Twitter @CelebMix