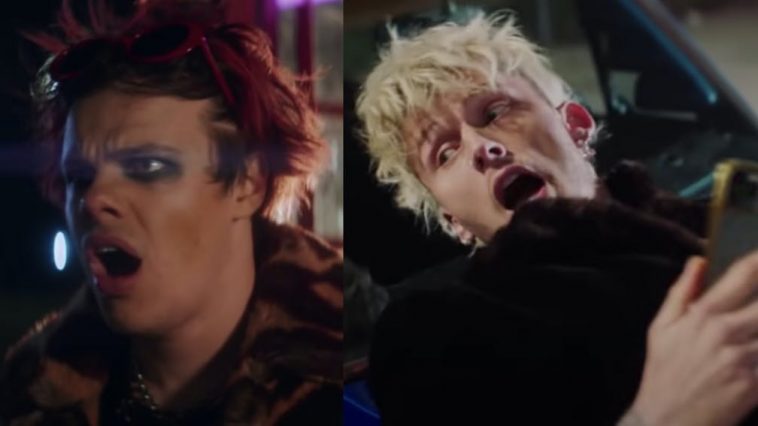 YUNGBLUD and Machine Gun Kelly have joined forces once again and have created a music video for “acting like that” – which features on YUNGBLUD’s number 1 album “weird!” The video can now be viewed below.

After sharing a small snippet on his Twitter, YUNGBLUD once again wows us with his creativity with his insane, zombie-inspired music video. The video also sees old friends of his; Machine Gun Kelly (who features on the track), and the iconic Blink-182 drummer Travis Barker. It shows YUNGBLUD partying on a bus to this highly energetic song, flipping to Machine Gun Kelly and Travis rocking out in the states. It’s catchy, at times humerous, and maybe even a little bit creepy but will definitely make you miss moshing in a concert.

At the end of last year, YUNGBLUD released his incredible album titled “weird!” The album is filled to the brim with catchy instrumentation, inspiring lyrics, and that Northern charm that we all love. It found it’s rightful place at the top of the charts, awarding the rockstar a Number 1 Album on the UK’s Official Album Chart.

Whilst the world is currently still in crisis, YUNGBLUD hasn’t shown any signs of slowing down. In fact, he seems to be more active than ever. Not only has he been teasing that he’s recording another album on his socials, but he’s also allowing his fans to pass the time with “The YUNGBLUD Podcast.” Here, he chats with some truly, inspirational people that are willing to share their heartwarming stories to anyone who wishes to listen. You can listen to the latest episode, and catch up with other episodes here.

So, what did you think of the music video for “acting like that”? Let us know over on our Twitter! – @CelebMix