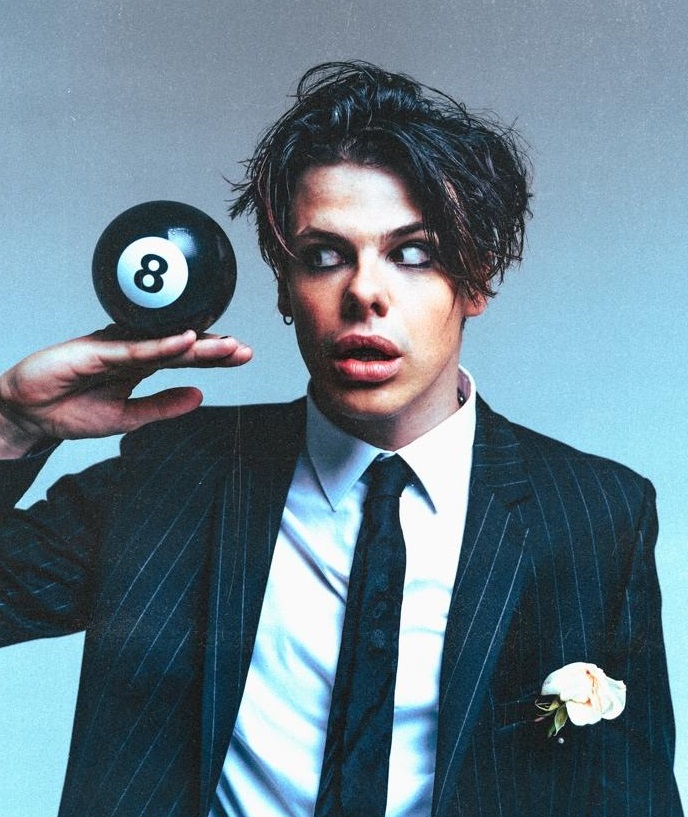 The new track shows fans what’s to come from his highly anticipated third album, YUNGBLUD, which comes out on September 2nd. He wrote the song on a morning when he didn’t even want to get out of bed. “I sat and looked at the ceiling, head full of so much sh*t, reading what the internet was saying about me that day, and I just didn’t feel like feeling sad,” he shared. “I wrote these words to help me stand up. To me this song is what happiness feels like.”

YUNGBLUD continued saying, “Happiness with a bite. A defiant sort of happiness. Looking at yourself in the mirror and telling the sadness to f*ck off and come back another day. I wanted this song to be a little part of someone’s day, no matter what they’re going through they can put this on and feel a bit stronger today. That’s the vision, that’s the dream…”

“That’s why when we made the video. It needed to replicate that idea. My manager asked me, “What can we do, that no one else does?” And the concept came to us,” YUNGBLUD shared. “All over the world I meet my fans in the streets, to feel a connection. To look into another person’s eyes and see that they’re going through the same things as me. It’s kind of become a ritual of ours. Put it this way, the f*cking police all over the world know when we’re town! So I said let’s roll some cameras, pull up a truck, no permits, no permission, tell people to meet me at a location and have a massive water fight. Sing, scream, and feel together. Imperfect, raw, real … happy.”

The music video for “Don’t Feel Like Feeling Sad Today” was created after YUNGBLUD asked fans to meet him at South Bank in London on June 20th. Directed by Tom Pallant and YUNGBLUD, the music video shows fans getting chaotic, drenching themselves during water fights, as he performs the new single on a flatbed truck covered with slogans. With a bunch of fans taking over the location, it was deemed as overcrowded and soon shut down by the Metropolitan police authorities.

Last weekend, YUNGBLUD also played at Glastonbury 2022 and performed two brand new, unreleased tracks from his from his upcoming self-titled album, “Tissues” and “I Cry 2”.

If you’re in the UK, you can check out YUNGBLUD’s full Glastonbury performance HERE.

You can pre-order/add/save his album, YUNGBLUD,  HERE.

Watch the performance video for “Don’t Feel Like Feeling Sad Today” below:

For a full list of upcoming tour dates go to: www.yungbludofficial.com/tour.