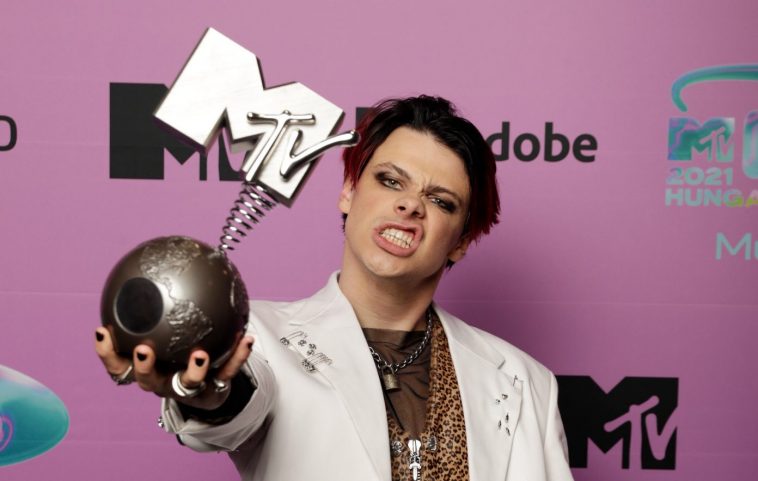 At the MTV European Music Awards (EMAs) in Budapest last night, YUNGBLUD won the Best Alternative artist award! When he won the award, he told the crowd that it was a tribute to individualism during his acceptance speech.

YUNGBLUD said, “I would like to say that this award is a tribute to individualism. This is an award for the 13-year-old boy from the north of England who was absolutely terrified to be who he was. I would like to look down that lens right now and say if you’re out there and you feel like you cannot be who you are, you can be. Keep fighting, keep being brilliant, your imagination and your individuality is the best thing you can have. People will try and bring you down, trust me, people try to bring me down, but be proud, be proud of your colors, be proud to be who you are. This is a tribute to individualism, thank you to everyone who voted. I love you, big love, goodnight.”

After accepting his award, he closed the show with a performance of his newest single, “fleabag.”

Watch his performance of “fleabag” below: