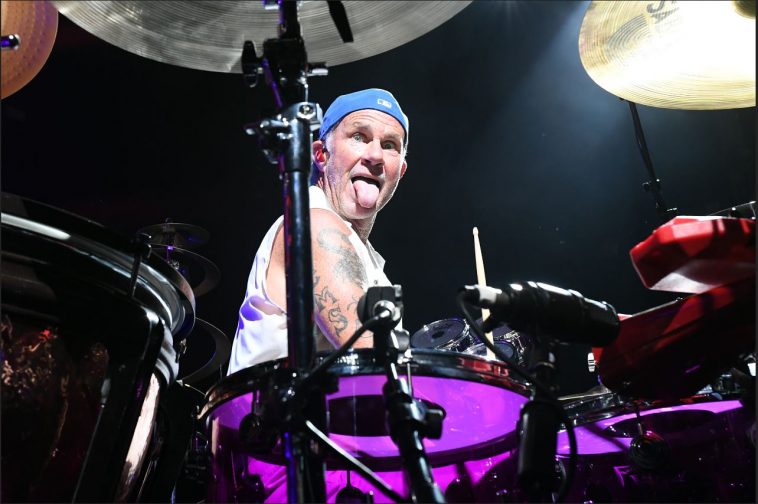 Zoe Scott, world-renowned recording artist and neighbour of Red Hot Chili Peppers drummer Chad, has drawn the eyes and ears of the rockstar with her refreshing Bossa Nova updates of classic songs. The rockstar said that her voice was “beautiful”, and asked “When’s the music coming back?” when Scott paused during her garden rehearsals.

Smith, drummer of one of the most successful rock groups in history, definitely knows what he’s talking about when it comes to music. Having sold more than 80 million records over the span of the band’s career, it’s no wonder that Scott’s performances have captured his attention, saying “You should be really proud of it; the vocals are very beautiful.”
Shades of Love, a twelve-track tour through some of the best-loved hits of the last few decades, performed in a Bossa Nova style – songs include ‘My Cherie Amour’ by Stevie Wonder, ‘You Know I’m No Good’ by Amy Winehouse and ‘In My Life’ by The Beatles.