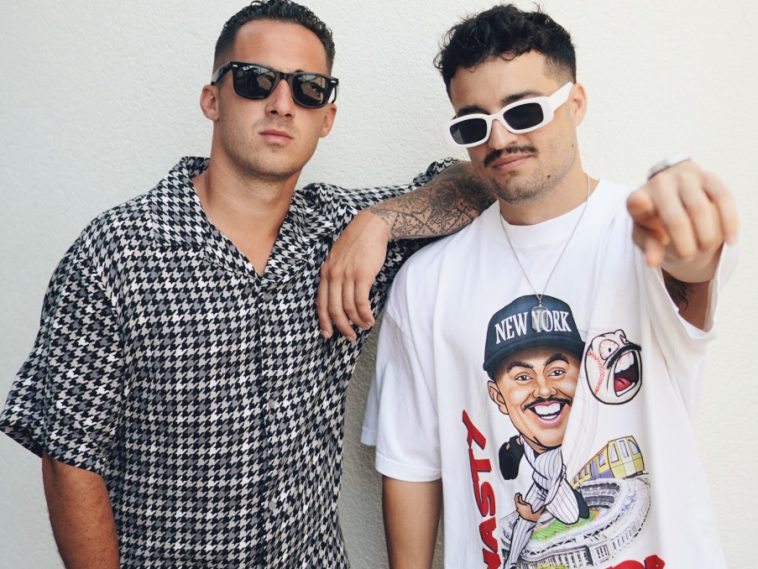 Processed with VSCO with m6 preset

4B is back on HARD Recs with another track full of good vibes and plenty of beats, this time with a remake of “Knock On Wood” by Amii Stewart in collaboration with rising Miami-based star, producer Mikey Barreneche. With all the elements of a proper dancefloor filler – from a dynamic bassline, catchy vocal riff as an ode to the known original, and trumpet instrumentals – their new release is simply born for the festival and club scene. 4B applies his production skills to make a fresh and fun version of “Knock On Wood” in the form of “LOUDER” that will vibe with both veteran fans of the original song and those who have never heard it before. 4B’s summer was pretty intense, from his own sold out “4B & Friends” event at LA’s Hollywood Palladium to remixes for Dillon Francis, Method Man, to his single with Shaq. On the other hand, Mikey Barreneche has already been supported by the likes of Tiësto, Diplo, Timmy Trumpet, Wax Motif, Thomas Gold, AC Slater, and more.

“‘Knock On Wood’ by Amii Stewart is such a classic. I was so pumped when Mikey hit me with this idea. This one is super fun to play out live. I’ve played it at most of the festivals I was at this year, so excited to finally have it out on HARD Recs.” – 4B

“I’m excited to see how this generation responds to the track. A lot of younger people may have never even heard the original sample, so it will be a cool thing for them to later find the record ‘Knock On Wood’ and say, ‘oh, wow, that’s where they got that sound from.’ I’m happy to finally be releasing with Insomniac/HARD Recs. I have been sending demos for a couple of years, so to get a release is always something special.” – Mikey Barreneche

Check out “LOUDER” by 4B with Mikey Barreneche below: