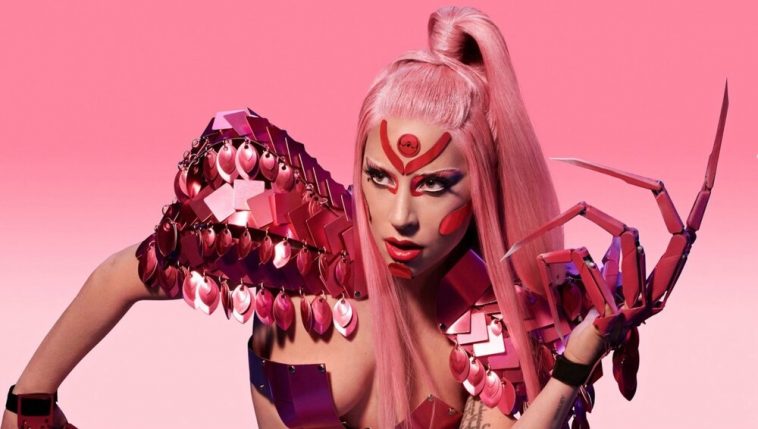 For this article, we have decided to share with you our top five favourite singles by Lady Gaga!

Released as the third single from Gaga’s second studio album, “The Fame Monster” (2009), everything about this song is just perfect. Not only is it incredibly catchy and one of the standout tracks from its parent album, but it just so happens to be one of our favourite singles by her.

“Alejandro” (2010) is musically a midtempo synthpop song which draws influences from Europop music, particularly 90s European artists such as Ace of Base. The production on the song is just immaculate – a throwback to the 90s while still sounding fresh and modern. It’s dreamy and we love the way the song builds up into that epic chorus. Lyrically, “Alejandro” sees Gaga singing goodbye to her past lovers. Gaga herself said the song was her “Fear Of Men Monster” on its parent album.

Although it may not be well remembered compared to the likes of her number one singles, “Alejandro” is an absolute highlight throughout Gaga’s entire career.

“Shallow” (2018) is taken from the soundtrack to Gaga’s motion picture movie, “A Star Is Born” (2018), in which she starred alongside Bradley Cooper – who also provides vocals on the track. From the moment we heard this, we knew this was a very special song that would be remembered in years to come.

We love how the song starts out as an acoustic-style folk song, before creeping up halfway through into an epic power ballad with an immense chorus. Our favourite part has to be Gaga’s incredible adlibs before the final chorus. It gives us goosebumps every single time.

It might just be a simple song from a film to many, but it will go down as one of Gaga’s most iconic singles in years to come. The song presents a dramatic yet powerful production while also showcasing Gaga’s talents as a singer. If that wasn’t enough, the song also proves to many that Bradley Cooper can sing too.

The third single from Gaga’s third studio album, “Born This Way” (2011), this is one epic five minute and 20 second track from start to finish. This song has held up so well over the years and has gone on to be one of Gaga’s most remembered hits.

Everything about “The Edge of Glory” – which is a dance pop track influenced by rock, jazz and disco –  is so euphoric sounding. From the synths right at the beginning, to the rush of adrenaline one feels as the song builds up. That epic chorus, and the AMAZING jazzy saxophone solo halfway through the song.

Not only is the song euphoric sounding musically, but also lyrically. Gaga said the song came about following the death of her grandfather in 2010, with the lyrics speaking about the impact of his passing on her. She later stated that the song is also about one’s final moments on Earth before death, as they consider themselves to be a champion as they take one last look at life.

Just missing out on our top spot – it was incredibly close. The lead single for Gaga’s second studio album, “The Fame Monster” (2009) – everything about this song screams ICONIC. From the production, the lyrics, the MUSIC VIDEO. It was this song that helped further cement Gaga’s superstar status, and it’s since become one of her signature hits.

First off: the incredible production. Dark, dramatic, daring – and still a brilliant electro-fused dance pop track. Other highlights of the song include the ‘ra ma rama ma’ hook and the ‘walk walk fashion baby’ middle 8, before Gaga sings parts of the chorus in French – right before the explosive final chorus in her native English. Lyrically, Gaga described this song as about being in love with your best friend and wishing you could embark on a romantic endeavour with them.

This is up there as one of the best pop songs to emerge this century. It’s thrilling, exciting, incredibly catchy and JOYFUL.

It was hard, but we decided our favourite Lady Gaga single has to be “Poker Face”, the second single taken from her debut studio album, “The Fame” (2008). It was this song that showed to everyone that Gaga was here to stay – and she was not just a one hit wonder. It’s a truly massive song that made us into the big fans we are today.

This electro-fused synthpop track features robotic effects, a storming pop chorus, and an iconic middle 8. Lyrically, Gaga pays tribute to her rock and roll boyfriends and also touches on gambling (hence the name of the song). A closer look at the lyrics also sees Gaga explore bisexuality. Of course, the lyrics had to take note of various sexual innuendos  – which are clever, funny and insanely creative. “I’m bluffin’ with my muffin” has to be one of the best lyrics from any of Gaga’s songs.

This song is probably the reason Gaga is still around today. The moment we heard it, we knew it was going to be a big hit for her, and it has since gone on to be one of her signature hits. This is one of those rare pop songs that we will never tire of.

What is your favourite single from Lady Gaga? Let us know over on Twitter @CelebMix!