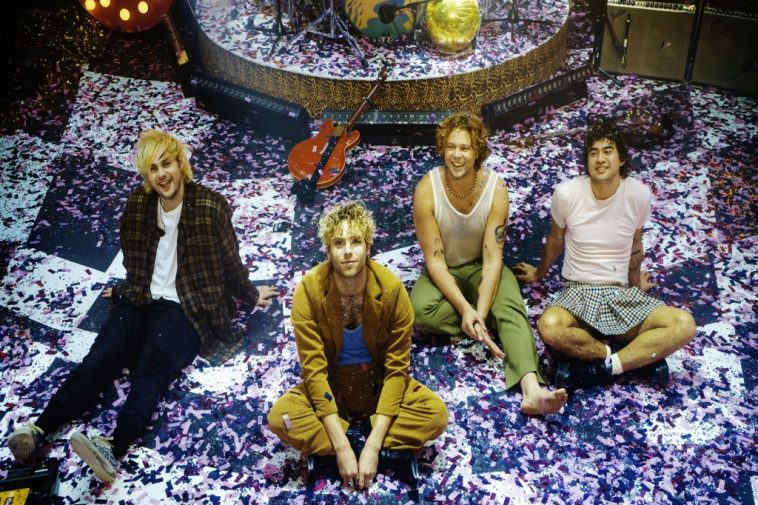 A lot has happened since 5 Seconds of Summer last took to the stage in Cardiff. They released their hugely successful albums Youngblood and CALM, frontman Luke Hemmings and drummer Ashton Irwin released their own solo projects, while also beginning the process for, as fans have dubbed it, 5SOS5. Now, nearly six years to the date since they last toured Wales, 5 Seconds of Summer were back to tear the roof off of the Motorpoint Arena.

You could almost taste the excitement in the air as you entered the arena. With 7,500 fans packed into the venue, and a two year setback for the bands triumphant return to the Welsh capital, the adrenaline was at an all-time high.

More of Luke and Michael during the Easier to More transition tonight via twlhemmings #TakeMyHandCardiff pic.twitter.com/CD9HCpvd8S

The Take My Hand Tour is a celebration of the history and legacy of 5 Seconds of Summer. The last time the quad took to the Cardiff stage, they were four boys hot off the One Direction hype and just released their second album Sounds Good Feels Good, filled with pop punk collaborators the Madden brothers and Alex Gaskarth. Now, they returned as men, more confident in themselves than ever, a new sound had been crafted by the band, but continuing to embrace their past work.

If you are hot off celebrating your ten year anniversary as a band, nothing reflects this more than their setlist. The hefty 26 song stretch covers every ounce of their lengthy discography. Being almost five albums deep, with a plefora of b-sides that have accompanied exclusive deluxe editions of albums and physical single releases, it is hard to craft a setlist that embraces the history of an artist, but 5SOS perfected it. Spanning their hard hitting hits She Looks So Perfect, Amnesia and Youngblood, to their b-sides Waste the Night, Disconnected and newly released bangers Complete Mess and Take My Hand, the setlist was nostalgic yet so current. Every square inch was covered during the set and it truly was a celebration of everything the Aussie rockers have worked for over the last decade.

It may have been six years since the last time Wales had welcomed 5 Seconds of Summer, but it was if they had never left. The fans continued to remind them that they have always got their backs, and 5SOS were forever reminding them how much their support means to them this deep into their career.

The quad have played stadiums, theatres and arenas but never have they been as polished and perfected as they are on the Take My Hand Tour. This era of 5SOS feels like a new beginning for them, despite being a decade in. It is clear that while many wouldhave called it a day by now, 5 Seconds of Summer are on the brink of a golden creation, and this tour is just the tip of it.

For all the latest on 5SOS, make sure you are following the CelebMix account.