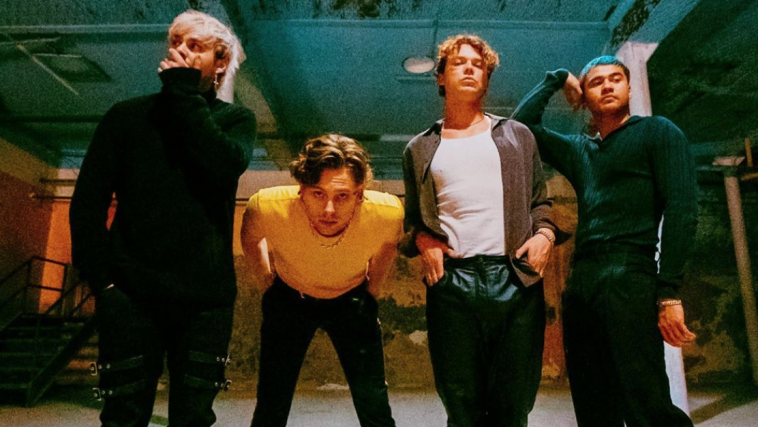 Just over a week ago, 5SOS released their fourth album, CALM. It was on track to debut at #1 on the Billboard Top 200, and the band and their fans were incredibly excited to reach this milestone as all three of their previous albums debuted at #1.

The reason? A clerical error. Now, fans are working hard to get Billboard’s attention, hoping that the publisher will take a second look at last week’s results.

It all began with Ticketmaster. For many tours, if someone buys a ticket, their purchase will automatically include a copy of the artist/band’s upcoming album. Not only does this help boost their album sales, but it can also massively affect their position on the charts.

5 Seconds of Summer, who is set to tour this year, made use of this feature when the tickets for their US dates were released a few months ago. Everyone who bought a seat was sent a code redeemable for one physical copy of 5SOS’s then-upcoming album, CALM. While the codes could be used right away, the copies wouldn’t be sent out until the album’s release.

About a week ago, 5SOS took to social media and explained that due to a clerical error, Ticketmaster accidentally sent out about 10,000 copies of their album early. This resulted in CALM charting a week before it was supposed to, so their main sales are now divided between two weeks.

For their last three albums, 5SOS debuted at #1 on the Billboard Top 200. Yesterday, because of a problem outside of their control, their fourth album debuted at #2. According to Hits Daily Double, The Weeknd’s latest album sold just about 135K copies whilst 5SOS sold around 132K. If their main sales weren’t currently split between two separate weeks, they would have scored their fourth #1 album.

That is where #BillboardIncludeThe10k comes in.

Fans of 5SOS are coming together to try and persuade Billboard to take a second look, as the band had no control in Ticketmaster’s mistake. Noted by The Honey Pop, “similar mistakes have happened within the music industry, with artists in the likes of Ariana Grande, Harry Styles, Justin Bieber, Zayn Malik, and One Direction. None of these artists were penalized for the mistakes of a clerical error. This error did not reflect on the artist’s charting status on their debut week. Most of these artists paired with Ticketmaster to release albums to any ticket-holders with no additional cost.”

Despite the hashtag trending for the last couple of days, Billboard has said very little about the album. In an article posted yesterday, they did write: “longstanding Billboard policy is to reflect album sale activity in the tracking week that the paying customer receives the album.” However, The Honey Pop, as well as many fans on Twitter, have both noted that this rule wasn’t the case when it came to other artists. There have been many issues where albums were released before they were supposed to be, and this rule was never brought up during those situations.

Fans have also noted that instead of speaking up about the issue, Billboard has deleted the email addresses of several people who are in charge of their charts. The information below was previously listed on Billboard’s website.

To top it all off, a petition was started on Change. Within just a couple of days, it has received over 20,000 signatures. You can check that out here.

So… What can be done? What should be done?

Billboard has been known as a reputable company within the music industry for years and are a household name. Like every publication out there – including CelebMix – their success comes from their readers. They wouldn’t be where they are without them. If a massive amount of readers are reporting a discrepancy, it should be looked into and addressed.

There has also been a long history of female fans being discredited and/or silenced because of the passion they hold in their hearts, and this feels like a repeat round. So many valid points have been brought up as this conversation continues. Billboard choosing to stay silent, as well as altering their contact information, shouldn’t be ignored.

If a publisher that is meant to be unbiased lets some artists past a rule, then there is a major problem. While 5SOS has a massive following behind them, smaller artists/bands don’t have that support. It could be a lot more damaging to them. Hopefully, a statement will be released that explains what exactly is going on.

As of writing this article, neither Billboard or Ticketmaster have made a public statement about the incident. 5SOS left a like on the tweet below.