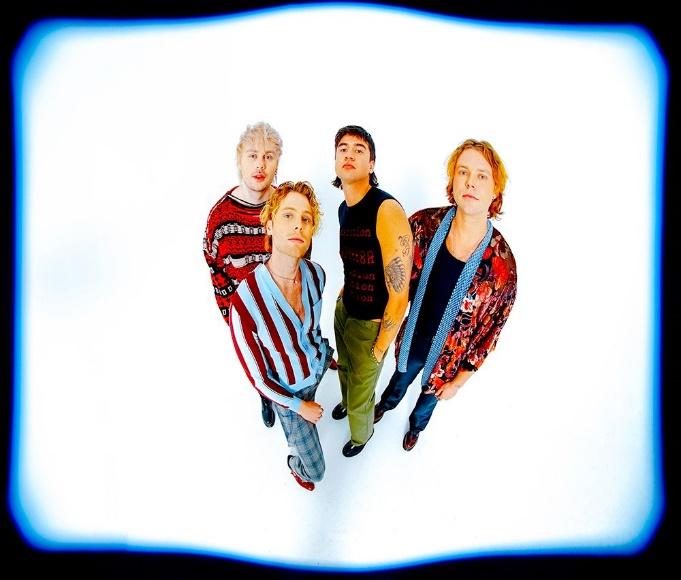 ‘Blender’, written and produced with the band by Peter Thomas and Jake Torrey , showcases the group’s pop and punk influences.

It gives fans yet another preview of their highly anticipated 5th studio album, 5SOS5, which will arrive on September 23 and will be released independently via BMG. The deluxe CD and digital versions of the album will have 19 tracks with cassette and vinyl formats also available.

5SOS5 will showcase the band’s multi-faceted artistry and growth over their 10-year career, highlighting their dynamic sound, accompanied by reflective and intimate lyrics. With the majority of the new album written by the band and Michael Clifford leading on production, 5SOS5 will include the new single plus their previously released tracks “Take My Hand”, “Me, Myself & I”, & their smash hit “COMPLETE MESS”.

Alongside the new single ‘Blender’, 5SOS have announced a unique one-night-only album release show ‘The Feeling of Falling Upwards’, Live from Royal Albert Hall – that will see the band perform tracks from the new album and hits from their catalogue accompanied by a live orchestra. The show will take place on September 22.

Fans who have pre-ordered 5SOS5 via the band’s official store before July 19 at 6PM BST will have the opportunity to get exclusive pre-sale access to tickets on July 20 at 10AM BST before tickets go on general sale on July 22 at 10AM BST. Tickets will be available to purchase at 5sos.com/live.

Let us know if you are loving ‘Blender’ as much as us, on @CelebMix!