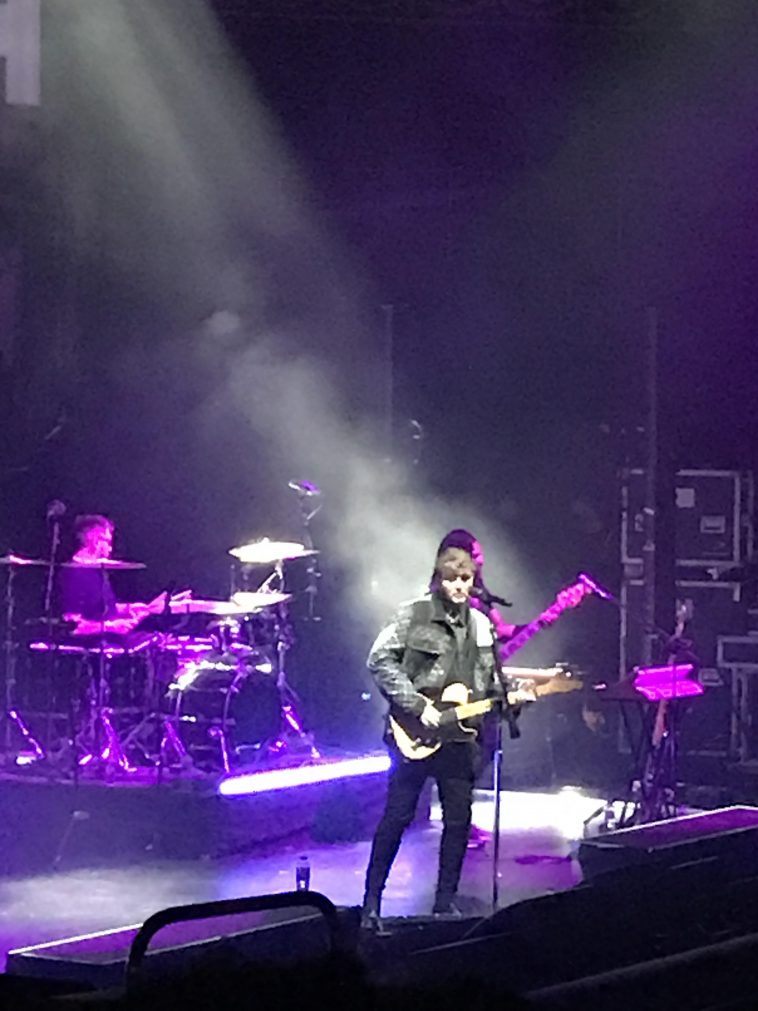 “I’ve never been so nervous before a gig”, James Arthur tells a packed out crowd at the Royal Albert Hall, as part of his “It All Makes Sense in the End” tour.

It’s the third stop on his tour, London he says is usually much later in the tour. The fans in the moments in between songs regularly scream that they love him. It’s a feeling that James seems to wholeheartedly reciprocate as throughout the show he bantered with them and told them how good it was to be back on tour and doing live gigs again. His album which the tour is named of “It All Makes Sense in the End” was a product of James getting creative during lockdown.

A James Arthur gig has a really lovely energy and vibe to it. From the support act Sonia Stein who got a very warm reaction from the crowd singing a small set which included Sad Girl, Letters to You, which she told the crowd was about finding out someone you fancied in high school had, had a baby and you find out from Facebook. Then there was Mercury Retrograde and a love song about the end of the world aptly entitled Apocolypse.

James own setlist was full of fan favourites including Medicine, Say You Won’t Let Go, Falling Like The Stars and Sermon.

It was a perfectly balanced setlist that showed how versatile he is as a singer/songwriter. With tracks from his new album including 4000 miles and Deja Vu. There was a nod to his past with a rendition of his X Factor winners single, Impossible. During a beautiful acoustic section which saw the Royal Albert Hall lit up beautifully by mobile phone torch light, as he did a stripped back version of Rewrite The Stars.

There was a surprise when You Me at Six‘s Josh Franceschi appeared on stage briefly to sing the pairs single, Lose My Mind.

If you enjoy gigs that are all about the music, then seeing James Arthur live is something you really need to do.

The deluxe version of James album is out now and you can get tickets for the rest of his tour, here!