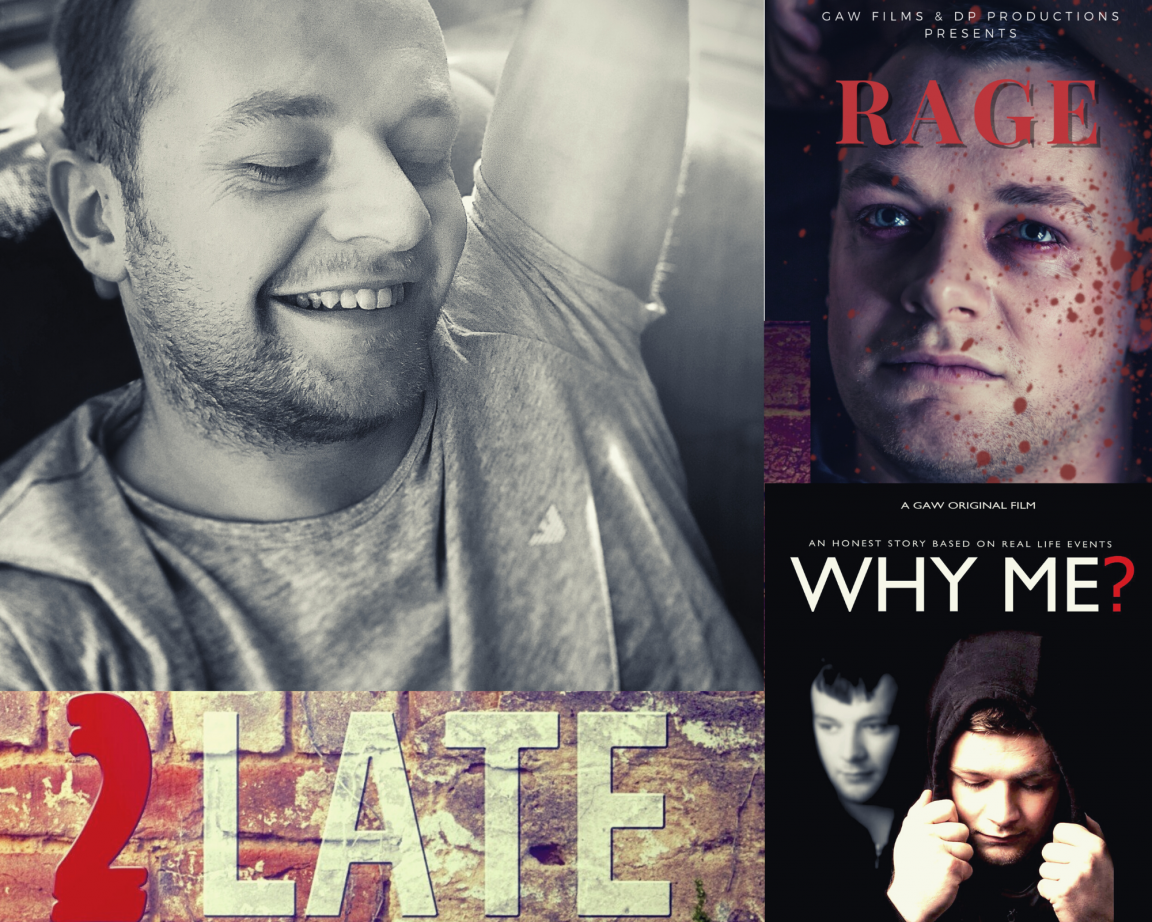 Actor Gary Wales aka Gary A Wales is known globally for his amazing work in the Mental Health field. He is known for raising awareness where he can and spread positivity to as many people as possible. Back in 2015, he was the Brand Ambassador and Spokesperson for the Canadian Organisation Aunt Candies Awareness (ACA). ACA helps in eliminating bullying behaviours everywhere and spreading love to all. Our youth are our future, and all lives have great value. ACA is Owned by Candie Buck aka Aunt Candie and her team of friends. ACA is sadly no longer in operation.

Let’s take a look at some of his Projects, that relate to Mental Health.

2Late is about a young teenage boy ‘Sam Hunter’ who gets Bullied for being different by School Boys and his own Dad. His best friend Reece tries to look after him and protect him. His mum doesn’t know her husband beats him. Sam can’t take anymore and makes the most important decision that no one would ever wish to make. This movie tells a moving story based on real-life events and asks the questions many of us do not wish to know about.

Why Me? “Pre Production”

WHY ME? HE ASKS – WHAT MAKES HIM MAKE THAT DECISION IN HIS LIFE?

Why Me tells the story of teenager Kurt as he lives his life full of bullying and depression. Kurt has a difficult time in his education years as he suffers from ADHD and is constantly being bullied by other students. Kurt is close to ending his life.

RAGE is about a seemingly normal family man goes out for a date night with his wife, after a night spent drinking heavily and taking an assortment of drugs, things take a nasty turn when they return home. His life spirals when it’s all mixed together.

Gary always tell’s his fans to continue smiling and follow their dreams.

Gary continues to Raise Awareness with his powerful creations, and he continues to put a smile on people’s faces. He has worked with so many organizations and charities across the world raising so much money for such causes. Right now his main focus is RAGE, a short film based on Domestic Violence and Drug Abuse. Supporting the film via Indiegogo is the best way to help Gary Raise the Awareness needed.

Have you seen any of these Gary Wales Films? Let us know on Twitter