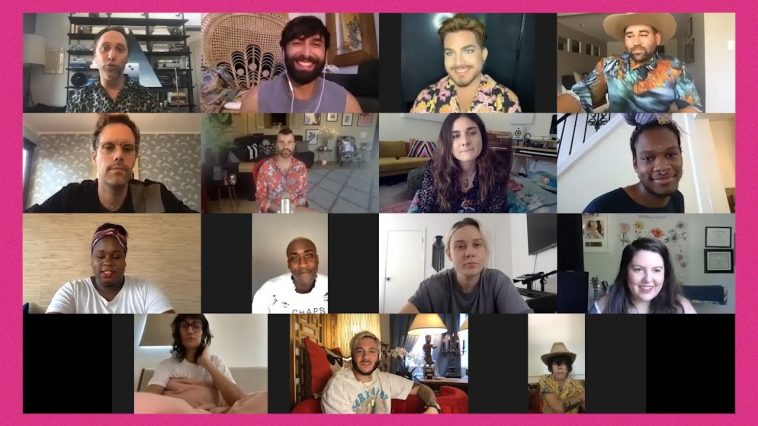 In celebration of Pride month, the Feel Something Foundation – the charitable organisation set up by global superstar Adam Lambert – hosted an online roundtable to raise awareness of the LGBTQ+ experience within the music industry.

Adam invited fellow artists, songwriters and music creatives who identify as LGBTQ+ to an online Zoom event, where they discussed their stories and struggles, whilst also examining how they can move forward in supporting each other and the wider community.

During the session, a number of topics were raised including navigating through the music business as a marginalised member of society as well as living authentically and truthfully in life and work. The group also discussed inspiring youth, giving voice to and elevating those less privileged; using platforms for activism and the importance of representation across all LGBTQ+ identities, intersectional with race, class and religion.

Each participant opened up about their personal experiences, with artist Parson James acknowledging that homophobia can even occur from people who identify as LGBTQ+. “These two gay men that were running this [music] company literally told me ‘maybe you should tone it down and not be too honest’…” he said. “It was super discouraging for that to be my first instance of ‘okay, will this is what it’s going to be like, even the gays running this company aren’t on my side’.”

This was something that Adam could relate to, stating “The ‘tone it down’ comment is etched in poison in my mind. I’ve heard it for years and it’s the worst thing”. Singer-songwriter Ames also acknowledged getting shut down a lot and therefore not being true to herself within her music. She said: “I had people tell me I was too masculine. I had people tell me ‘we don’t know how to market you’; ‘we don’t have an audience for you’. I started watering things down for years and years and I never understood why things didn’t happen and pop off. It was because I wasn’t being myself. I was writing vanilla material.”

Watch the roundtable in full below.

The Feel Something Foundation Pride Music Business Creatives roundtable follows on from a recent community roundtable with members of LGBTQ+ youth who are GLAAD Campus Ambassadors across the US. Two eBay auctions of some of Adam’s most iconic stage looks have also been held, with all proceeds going towards GLAAD and their continued work within the LGBTQ+ community.