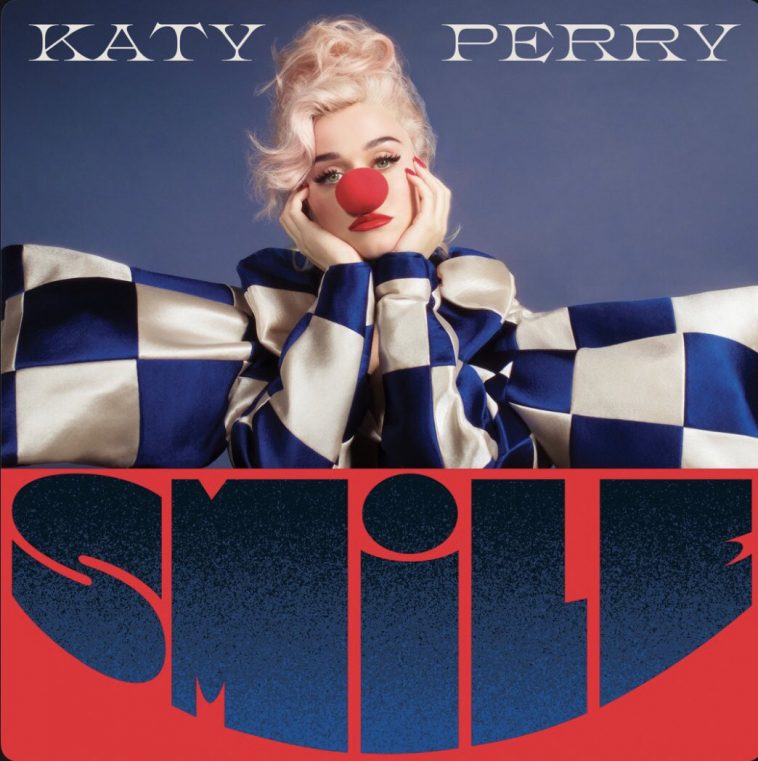 With an illustrious 12 years in pop under her belt, on Smile Katy Perry shifts her gaze from the top of the charts to introspective ditties on her triumphant return.

Labeling the 35-year-old’s fifth studio album a coming-of-age record seems heresy – this is a superstar who has sold over 125 million singles globally – but in many ways Smile is exactly that. However, this isn’t the time-old tale of teen meets adulthood (see Lorde’s Melodrama or The Perks of Being a Wallflower). Perry instead shrugs off the undying comparisons to her Teenage Dream eras of the past with a mothering maturity that the whippersnappers populating the Top 10 today can only dream of reaching.

On ‘Champagne Problems’, which is admittedly one of Smile‘s sleepers, the singer epitomises her outlook shift this time around as she muses, “pour a drink, ’cause baby all we’ve got are champagne problems now”. In such utterings, the star stomps on the seething critic reviews of 2017’s hyper-conscious Witness which have plagued the past few years. Perry has achieved enough to not have to subject herself to such questioning every album cycle and Smile comes with the bulletproof feeling that whatever people may say, the popstress herself is not just smiling, but beaming with where she is at – “Oh my god, the time I’ve wasted lost in my head, let me leave this world with the hate behind me and take the love instead”, she sings on ‘Only Love’.

Getting to that point clearly hasn’t been an easy journey and she invites you onto the dance floor to hear the lessons she’s learned. At those moments, Smile is at its most potent. ‘Resilient’ is a plodding flick, which the singer notes as a cousin to infamous single ‘Firework’, and soundtracks her second blossoming: “I am resilient, born to be brilliant, I’m going to grow right through the cracks”. In a similar vein, the pulsing ‘Teary Eyes’ echoes Robyn’s ‘Dancing On My Own’ and ‘Cry About It Later’ follows suit in its calls to dance away the pain.

With an album rollout that has seen singles released since last summer, those older tracks can feel out of place at times. ‘Never Really Over’ is certainly the most exquisite pop effort of the 12 tracks – a “you want some, I’ll give it ya” of a bop for those who aren’t quite over the Perry of last decade – but sticks out like, an albeit insanely catchy, sore thumb on Smile. The Charlie Puth co-written ‘Harleys in Hawaii’, nearly a year old, is another ditty that could go down as a skip.

The tracks released in the immediate weeks before release reign supreme. ‘Daisies’ is an acoustic-led anthem to never give up which, as the singer names her newborn Daisy, is given extra pep. ‘What Makes A Woman’ further seeks solace in vulnerability. On the flip side, ‘Smile’ is a clown-like flick which is dripping in cheese, but a catchy reminder that “I’ve finally got back that smile”.

Whether it be motherhood or the global goings-on of 2020, Katy Perry has found further growth just when you thought she couldn’t get any bigger and Smile is a glorious showcase of her story.

Are you a Katy Perry fan? Let us know your favourite track @CelebMix on Twitter.