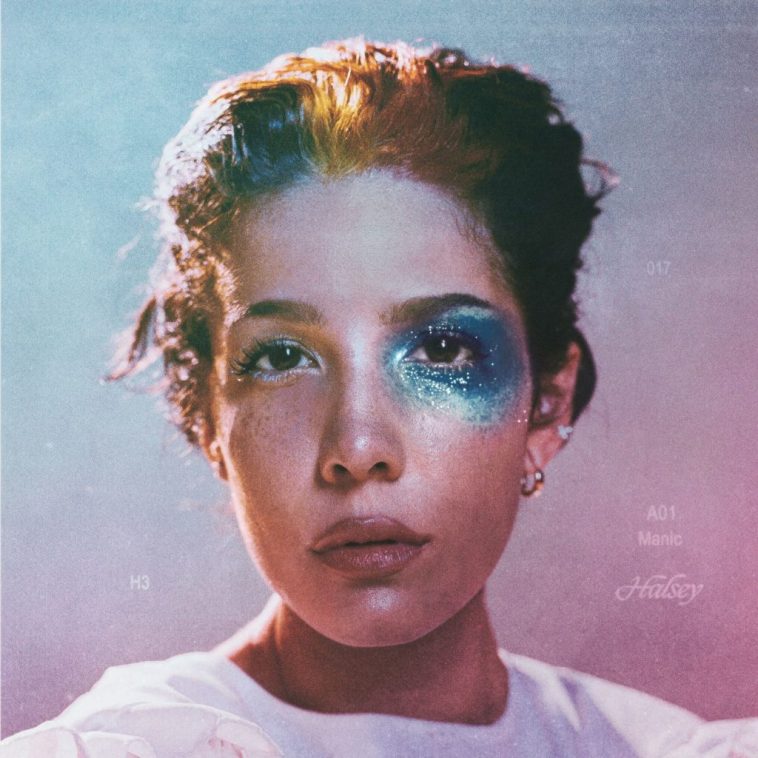 On her third studio album, Halsey cements her status as one of pop’s leading lights.

For long-standing fans of Ashley Frangipane, the intricacy to her work has never been in question. From her first step into the industry on Room 93, to the dystopian world of Badlands and the Romeo & Juliet lens of hopeless fountain kingdom, no-one has quite done records like Halsey.

For all of those releases, Halsey could well be considered a pop periphery. Adored by unwavering fans capable of selling out arenas, but lacking the chart success needed to reach pop fans in their masses – not that commercial gain in that form ever mattered for the outspoken American.

However, in the run-up to Manic that was no longer the case. Six times platinum single ‘Without Me‘ and high profile features on tracks such as BTS’ ‘Boy With Luv‘ and Benny Blanco’s ‘Eastside’ meant that all eyes were on Halsey to produce a commercial success that had never been the artist’s priority before. So, would she sell out? Absolutely not.

On Manic, Halsey drops the concept album guise with which she told her stories on Badlands and hopeless fountain kingdom, “by Halsey, for Ashley” she writes. Indeed, Manic opens with ‘Ashley’ on which the pop star coos, “Took my heart and sold it out to a vision that I wrote myself” in a nod to those concepts of the past.

‘Ashley’ closes with a dialogue from Kate Winslet in Eternal Sunshine of the Spotless Mind. Wittily, next up is the single named after Winslet’s character – “I basically built my whole personality off of Clementine” Halsey told Rolling Stone. Released late last year, ‘clementine’ seemed a bizarre ditty but on the record, it’s the pinnacle of what Manic is all about. The singer alludes to her struggles with Bipolar disorder and past relationships with an uncompromising honesty that makes Manic so extraordinary.

‘Forever… (is a long time)’ is a twisting tale of relationship sabotage that finishes with a sonic kick in the gut. ‘I HATE EVERYBODY’ is not so much about anyone else as it is about the star’s own insecurities and ‘Still Learning’ tracks the realisation that “I know I’ve done some wrong, but I’m tryna make it right”, an Ed Sheeran co-write making for the next radio-ready single.

But amongst all the recent chart success, Halsey has challenged herself to be different more than ever on Manic. ‘3am’ is a punchy picking up on the mess the singer has made on ‘I HATE EVERYBODY’ which features drums by Red Hot Chilli Peppers’ drummer Chad Smith and a co-write from former Fun. frontman Nate Reuss. That flows into the soaring simplicity of ‘Without Me’ thanks to a John Mayer voice note and then you’re plunged into the country strums of Manic‘s most hopeful moment on ‘Finally // beautiful stranger‘.

The genius in Halsey’s work is that no matter how diverse or ambitious the record, it’s knit together effortlessly. Dominic Fike comes in on ‘Dominic’s Interlude’ to advise Halsey to “tell him he got bad news comin'” before the singer launches into the middle section of Manic. Elsewhere, the pop star’s idol Alanis Morissette powers the feisty ‘Alanis’ Interlude’ and BTS’ SUGA expertly calms proceedings down shortly after on ‘SUGA’s Interlude’ as listeners are taken from one emotion to another.

Trying to pick standouts from Manic is a tricky job to do, each plays an integral part in telling the singer’s story. Nonetheless, latest single ‘You should be sad‘ has a playback quality that probably won’t be topped this year. Another fan-favourite will be ‘More’, on which the singer details her struggles with endometriosis and reproductive health in “feel so incomplete, will we ever meet?”.

For day one fans, Manic will be an emotional arrival of Ashley Frangipane in full form. For those listening for the first time, the record is an endearing exposition of honesty. One thing is for certain – Halsey is one of a kind.

Are you streaming Halsey’s latest record? Will you be seeing the star on tour? Let us know @CelebMix on Twitter.