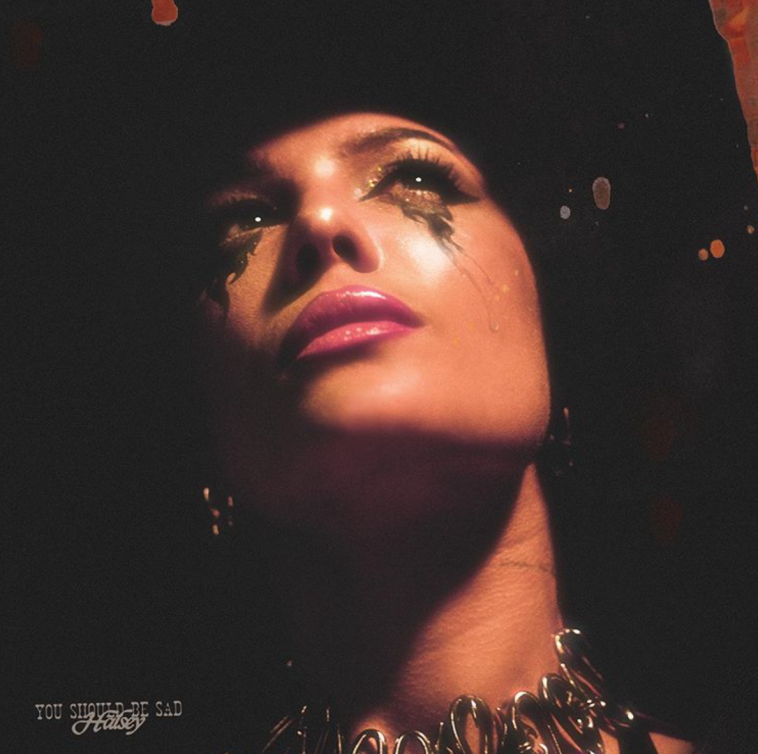 In what looks set to be a career-defining year for the star, Halsey kicks off 2020 with latest single ‘You should be sad’.

The final single ahead of the pop star’s hugely anticipated third studio album, Manic, ‘You should be sad’ lands with an accompanying music video full of nods to the industry’s other leading women including Lady Gaga, Shania Twain and Christina Aguilera.

Penned on her bedroom floor amidst frequent trips to Nashville, the singer wanders into the country realm with aplomb. The track follows ‘Finally // beautiful stranger‘, ‘SUGA’s Interlude’, ‘Graveyard’ and ‘Clementine’, as well as 2018 smash ‘Without Me’ as pre-releases from Manic.

The 16-track record is set for release on January 17th via Capitol Records and looks to be Halsey’s most personal effort to date. Dropping the concept album format from the critically-acclaimed Badlands and hopeless fountain kingdom, Manic sees the singer let fans straight into her world.

Confirming that “the album changes its mind as often as I do” on Twitter today, fans will be prepared to expect the unexpected from the genre-shifting star.

Announcing a full North American leg of the album’s tour earlier this week, the lengthy stint on the road will follow March’s stops in the U.K. Halsey takes to Glasgow’s SSE Hydro, London’s O2, Dublin’s 3 Arena and Manchester’s Manchester Arena at the beginning of March.

Excited for the new era from Halsey? Seeing her live this year? Let us know @CelebMix on Twitter.