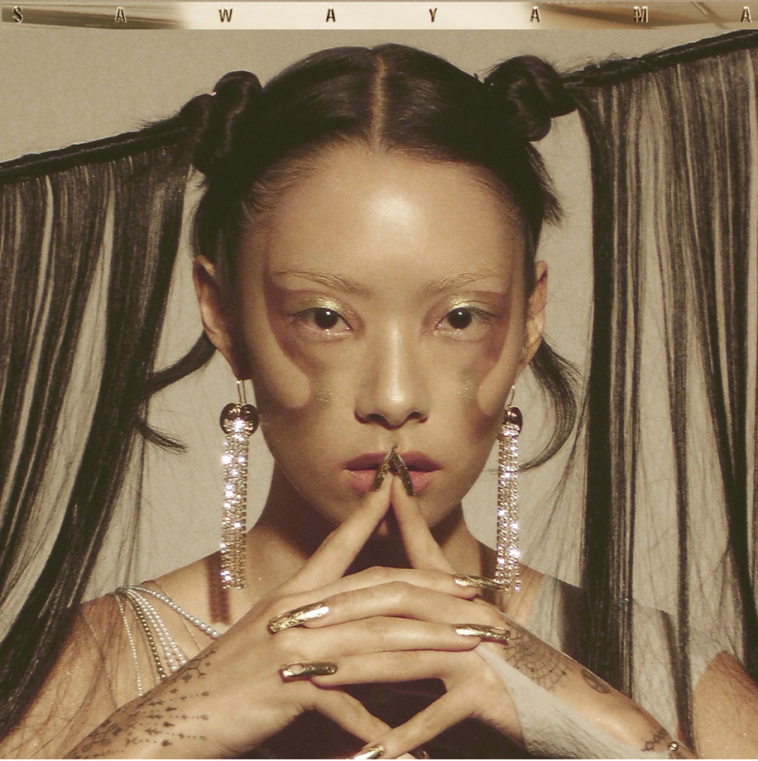 On her self-titled debut record, Rina Sawayama presents a swaggering supercut of her life with an unfaltering confidence.

Seven years on since her first steps as a solo artist, the 29-year-old’s first album has been a long time in the making. The Cambridge University graduate has been heralded by the likes of Charli XCX and releases SAWAYAMA on Dirty Hit, the label behind The 1975.

In recent years, it’s the glitzy pop of 2017 EP RINA in ‘Cyber Stockholm Syndrome’ and ‘Alterlife’ that started turning heads. With a new label and a licence to flip the script, on SAWAYAMA, it’s the dazzling selection of genre-jumping cuts that make the record so compelling.

On opener ‘Dynasty’, Sawayama fires up live guitars as she muses on complicated family relationships: “I’m a dynasty, my pain is hereditary”. A brash welcoming to SAWAYAMA, you can consider yourself warned as the singer continues to stoke the fire. The amps are turned up on ‘XS’, a tongue-in-cheek tackling of capitalism that lands with a witty shopping channel inspired clip today. On lead-single ‘STFU!’, nu-metal influences are clear to hear in a furious attack on snide racist remarks.

Across SAWAYAMA‘s 13 tracks, there’s not one ounce of caution shown by the pop star. Going out all guns blazing in such a drastic sonic switch up would be absurd for many, although Dirty Hit are known for placing confidence in their artists’ direction. ‘Who’s Gonna Save U Now?’ audaciously opens with a stadium-sized crowd chanting Rina’s name and as the five-star album reviews roll in, it’s something that looks set to happen sooner rather than later.

Elsewhere, Sawayama genre-hops to house on the club-filling ‘Comme Des Garçons’, a nod to the LGBTQ+ community that have inspired her. ‘Chosen Family’ is an ethereal effort along similar lines as the singer calls, “open a bottle, it’s time we celebrate who you were, who you are”. At other moments, the singer is more vulnerable. ‘Bad Friend’ showcases a gloriously bare chorus as she laments lost friendships. For those looking for pure pop, ‘Paradisin” recalls summers drinking in Trafalgar Square and false threats from parents over a retro-inspired chorus begging to be played loud.

Whatever you are looking for from SAWAYAMA, it’s there and it hits the mark. Arriving in full with such confidence, you can’t help but feel that this debut from Rina Sawayama is one we’ll speak of for years to come.

Have you been waiting for Rina Sawayama’s debut album? What’s your favourite track? Let us know @CelebMix on Twitter.