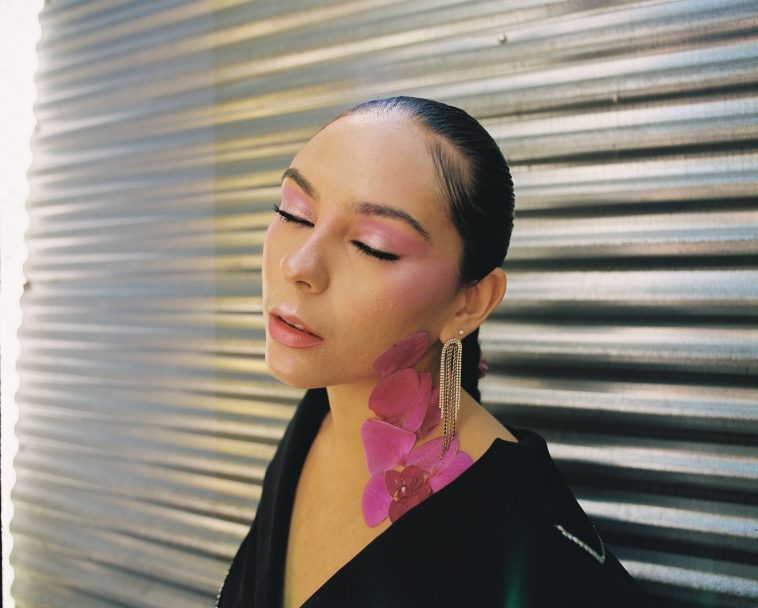 Released a couple of weeks ago is the brand new single from Alejandra, titled “the people look like flowers (at last)” bringing some incredible soul-house to the table. The track is a collaboration with El Colmillo. This follows up her previous single “Ramon”.

Alejandra, real name Ale Silcott, is a Mexican-American neo-soul and R&B singer-songwriter who currently resides in Atlanta, Georgia. Incorporating all we know about mainstream R&B, flipping it through the house machine, and then pairing the result with Spanglish lyrics, to truly give a unique and conceptual sound that is pure Alejandra. From the age of 10, she dived deeply into performance and songwriting, starting to craft her unique style, which soon led to her connecting with various producers and instrumentalists allowing her to explore and experiment with her sound and artistry. To date, she’s dropped three singles, with 2021 single “tqm” acting as her debut release, she later went on to collaborate with Aztec Speech on the single “Can I Get Your Number?” and Victor Mariachi on the album track “Como La Flow”. She’s currently working on a 10-tack mixtape, which we can expect to be dropped soon, after the release of a couple more singles that allow her to express her range of vocal and songwriter ability.

Written by Ale Silcott, Daniel Kuntz, Ore Aderibigbe, and Sebastian Arroyave, “the people look like flowers (at last)” drifts the listener away galactically, transforming us with the subtle and dreamy backing track, conjoined with Alejandra’s soft yet impactful vocals and runs, along with an awesome guitar instrumental about two-thirds in. It’s neo-soul at its finest brushing tranquil airwaves through our senses with graceful lyrics and meditative chords. Add in R&B and house, and this song really is like nothing you’ve heard before. Flat-out celestial, expect to feel spacey and relaxed as if Alejandra has taken gravity away from you and replaced it with lushful etherealism.

Talking about the track, Alejandra said: “This is the latest instalment in my genre-bending discography, which aims to bridge communities together through the perspectives of a bicultural lens. The song is a lush, ethereal house track that explores the interconnectedness of this world and the power that can be harnessed through raising individual vibration. The song uplifts the listener in love and freedom by curating a dream world for people to experience the sensations of the divine forces circulating through their physical environments.”

Stream “the people look like flowers (at last)” by Alejandra and featuring El Colmillo here:

“the people look like flowers (at last)” by Alejandra featuring El Colmillo, is available to download and stream, right now, across all platforms, via Demichula Productions.

Let us know what you make of “the people look like flowers (at last)” by Alejandra and El Colmillo on Twitter @CelebMix.