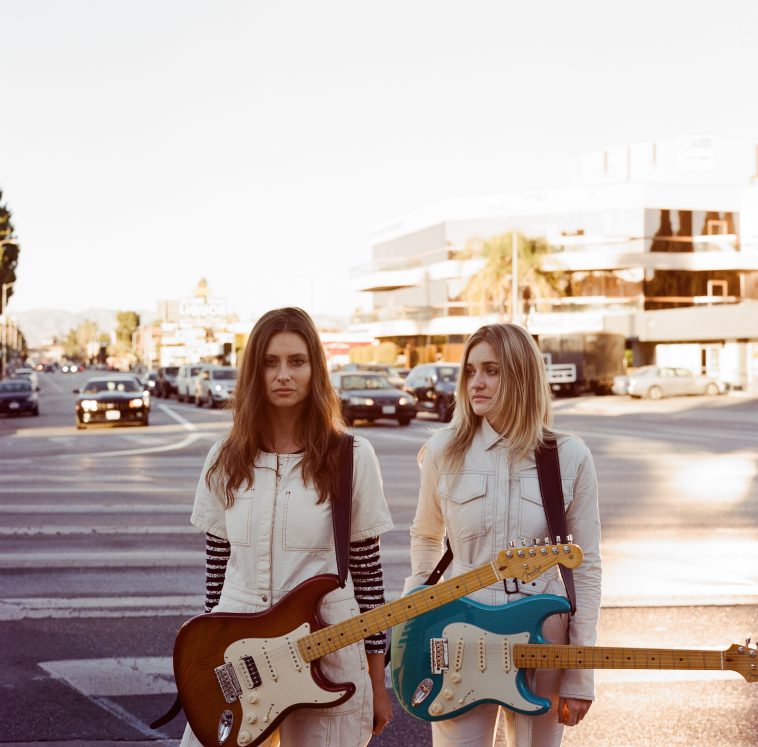 Co-written with Jorge Elbrecht, ‘Listen!!!’ is a groove-filled soft-rock anthem about feeling lost in life, whether that’s in a relationship or any other circumstance. Featuring a timeless production, the track emphasises Aly & AJ’s dreamy vocals and captivates the listener after just one play.

Not only is ‘Listen!!!’ an extension of Aly & AJ’s recent releases, but it also features some of the duo’s musical heroes, with Nancy Wilson of Heart on guitar and backing vocals and Jack Tatum of Wild Nothing on backing vocals and synth.

Speaking about the track, Aly said: “‘Listen!!!’ is about feeling trapped by a relationship or system. It’s a reminder that you might be lost but you always know your way out.

“Being able to create this song with the great Jorge Elbrecht felt like a breakthrough for our songwriting. We’re honored to have a longtime mentor & hero of ours, Nancy Wilson of Heart on this track, along with the super talented Jack Tatum of Wild Nothing.”

Nancy added “Aly and AJ are such good people. I’ve always loved collaborating with these two. I sang and played on their song ‘Listen!!!‘. It really caught my attention and I found myself really getting into it. Can’t wait to hear the whole album!”

‘Listen!!!” is the latest cut from Aly & AJ’s forthcoming album, which is due for release in the Spring. It follows on from ‘Slow Dancing’, as well as their 2020 smash hits ‘Joan of Arc on the Dance Floor’ and ‘Attack of Panic’.

At the end of 2020, Aly & AJ also gave fans a gift they’d been waiting for since 2007 – an explicit version of ‘Potential Breakup Song’. The pair released a reimagined version of their iconic song following its resurgence on TikTok, which delighted their army of fans.