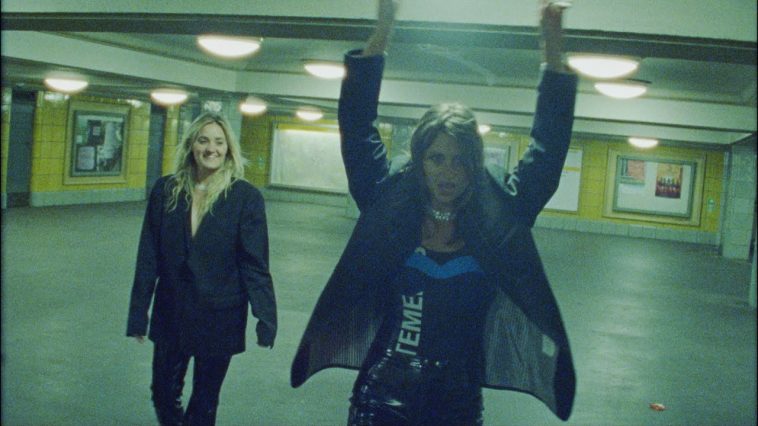 Pop sister-duo, Aly and AJ, have released their new single, “Attack of Panic,” along with a dark and flashy music video.

They premiered the video with Vanity Fair and talked about the theme of the song. “The idea of panic setting in is really, really visceral for Aly and I,” said AJ, 28, who at one point in her life experienced periodic panic attacks that left her “absolutely wiped out.”

“Chaos is so relevant right now,” she said, “especially as young women in our 20s and 30s figuring out where we want to go in life, who we want to be, how we’re looked at.”

After talking to the father of a friend, whose first language is Italian, he described the paroxysms of fear and anxiety that had begun to seize him later in life.

The video directed by Stephen Ringer, Aly’s husband, shows the duo dancing on Berlin streets with flashing lights around them. It has an 80’s feel to it and was inspired by the ball scene in the movie, Labyrinth.

Since 2017, the sisters have made a comeback with two EPs and are now gearing up to release their first full-length album in 13 years, later this year.

“Attack of Panic” is one of the most relatable songs the sisters have ever released. Panic attacks are very common among people, especially younger people, like most of their fans. They list symptoms of panic attacks such as elevated heart rates, sleepless nights and sunshine that’s too bright.

This song is a new sound for them and is probably the darkest tune they have ever released.

We cannot wait to hear what else they release and for their new album, which they will record this Spring.

What do you think of “Attack of Panic?” Let us know on Twitter at @CelebMix.