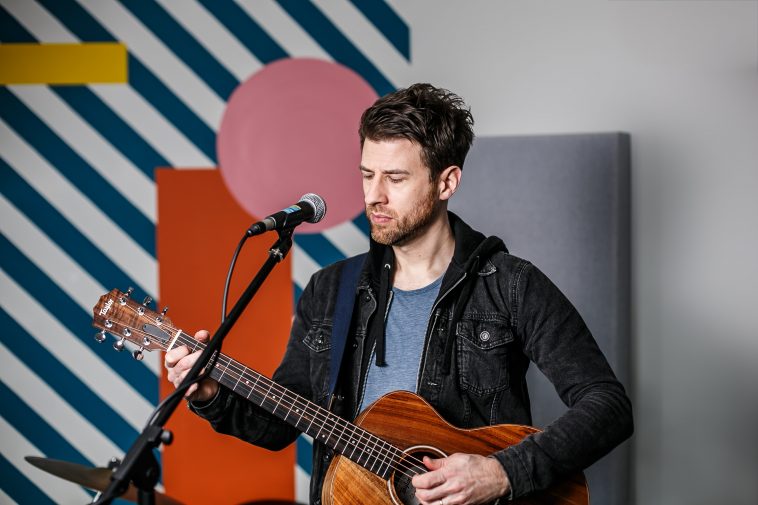 Full of everything and yet it isn’t an explosion of sound but more of a relaxing energetic vibe, Andy Hobson shows his incredible artistry with this reflection-on-life song, titled “Rise”. This single release follows up his March 2022 drop, titled “Waterfalls”.

Andy Hobson is a singer-songwriter, producer and multi-instrumentalist from Bristol who now currently lives in London. He started off as a drummer in the band The Departure which was signed to Parlophone and went on to tour with the likes of The Killers, Duran Duran and Feeder, whilst their debut single “All Mapped Out” hit number 30 on the UK chart. He later left the band a couple of years before their official split. He has now decisively put that in his past, working on singing, songwriting, producing, and meditating; with his music focusing inwards, emotionally and spiritually, expressing his introspection and drawing inspiration from the life experiences he has gained as a successful spiritual teacher. His music and guided meditations have garnered him over 5 million plays, which is an incredible feat, add that to the thousands of streams from his pop/rock music releases, and we’ve got a total music all-rounder, right here. Andy Hobson is certainly one to watch as he is currently preparing to release his debut pop/rock album in the near future.

Written by Andy Hobson, himself, whilst it was mastered by Stefano Ferracin, with a feature from Tom Meadows – who is on the drums and has worked with the likes of Kylie Minogue, Leona Lewis, Emma Bunton and Will Young – “Rise” is a stripped-back acoustic and melodic song fuelled by raw emotion and positivity. The adventurous track focuses on life in itself and turning it into something positive and rising above negativity. The lyrical content is full of good vibes with Andy Hobson impressing vocally softly but beautifully, which is wrapped around these gorgeous yet haunting acoustic melodies with guitar and drum chords hitting gently. The entire thing works, making “Rise” one of those songs you’ll treasure upon first listen.

Talking about the track, Andy Hobson said: “This is a bittersweet song about the passing of time and seeing the ups and downs of life as the same thing. Both can lead to new adventures. The song started as a dance track with big drums and a groovy bass line, but the emotion of the melody and lyrics didn’t really fit, so I stripped it back to acoustic guitar and wrote a haunting string section to give a final lift in the outro.”

“Rise” by Andy Hobson is available to download and stream right now on all major platforms. Expect to see his debut pop/rock album out very soon, if the rest of the tracks follow on from “Rise”, we’re sure we’re all in for quite the treat.

Let us know your thoughts on “Rise” by Andy Hobson on Twitter @CelebMix.