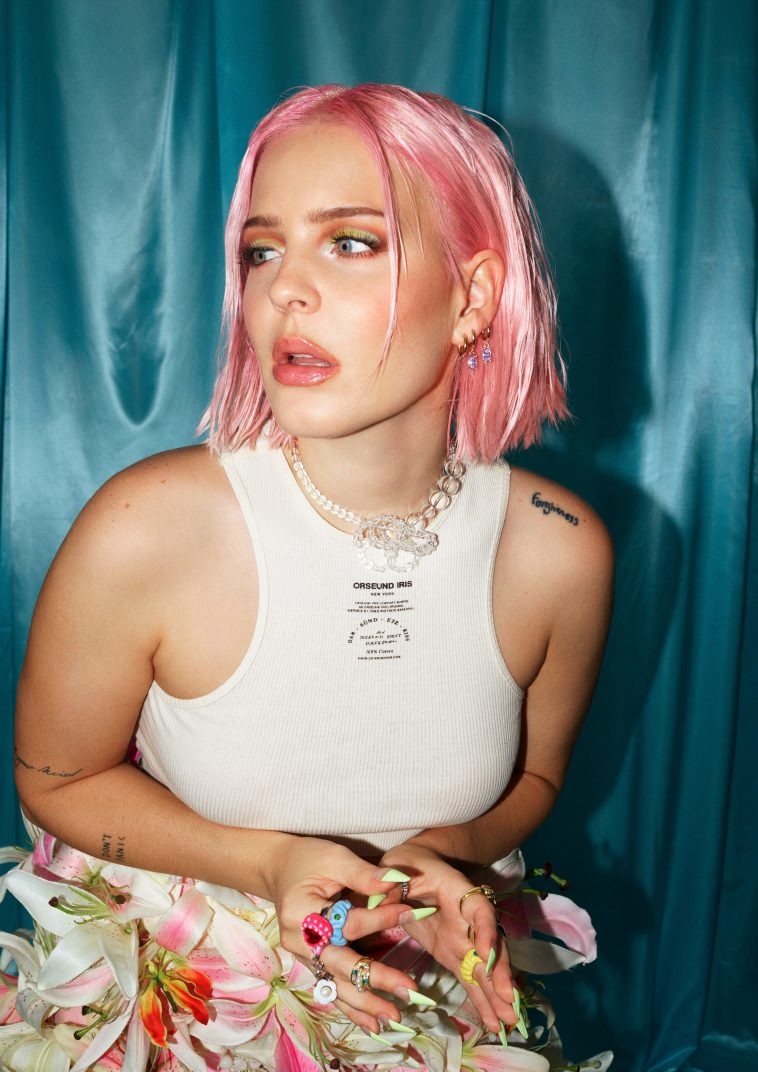 Anne-Marie has announced the Dysfunctional Tour taking place in May 2022. The singer-songwriter will be performing five dates across the UK and Ireland.

Fans will be able to see the ‘Don’t Play’ artist in Dublin, Glasgow, Cardiff, Leeds and London. The tour ends at The SSE Arena in London which is also Anne-Marie’s biggest headline show to date; we just know this is going to be an incredible night for all those lucky enough to attend.

Tickets go on general sale on Friday 4th June at 10am BST. However, those who pre-order Anne-Marie’s forthcoming album Therapy by 3pm today (31st May) from here or register via her webstore can gain access to a pre-sale on Wednesday 2nd June at 10am BST. Find out more details HERE.

After patiently waiting fans will be able to listen to Anne-Marie’s second album Therapy on 23rd July 2021, the album will be released via Major Toms/Asylum. Speaking about the forthcoming release, she comments “It’s full of happy, sad, revenge, love and revelation and I hope you feel all of those things when you listen to it,”. Since her 2018 debut album Speak Your Mind, fans have eagerly been awaiting #AM2 but have been given snippets of tracks such as ‘Don’t Play‘ (with KSI and Digital Farm Animals) and ‘Way Too Long’ (with Nathan Dawe and MoStack) which both feature on the album. Therapy has been written with the likes of Max Martin, Kamille, MNEK, Raye, TMS, Blake Slatkin and Plested, produced by Mojam, Fred Ball, TMS and Blake Slatkin. We truly cannot wait to hear what Anne-Marie has been working on, thankfully it isn’t too long to wait!

Earlier this month Anne-Marie released her new single ‘Our Song‘, featuring Niall Horan. The track which was co-written with Plested and TMS sings of the feelings experienced following heartbreak, when a song takes you back to happier times with a loved one. It was accompanied by a music video which sees them on the run, having the greatest day and highlighting their fun friendship in the process. We love how the pairs vocals work alongside each other resulting in an undeniably catchy track which sets the scene for the release of Therapy in July.

If you need another Anne-Marie fix (Erm, who doesn’t!), check out her set for Radio 1’s Big Weekend of Live Music 2021. The set saw her teaming up with Niall for their first performance of ‘Our Song’ together and welcoming KSI for ‘Don’t Play’. It also featured fan favourites including ‘Ciao Adios’ and ‘2002’ which last week became BRIT Certified 3x Platinum. Check it out over on the BBC iPlayer now. Anne-Marie has become known for her incredible live shows and this performance is just a taster of what can be expected from the Dysfunctional tour.

‘Our Song’ is available to download/stream now from HERE, whilst Anne-Marie’s second studio album Therapy is released on 23rd July 2021. Head HERE to find out all about the pre-order options including an indies only vinyl variant.

Are you excited for Anne-Marie’s new album and tour? Tweet us @CelebMix and let us know!