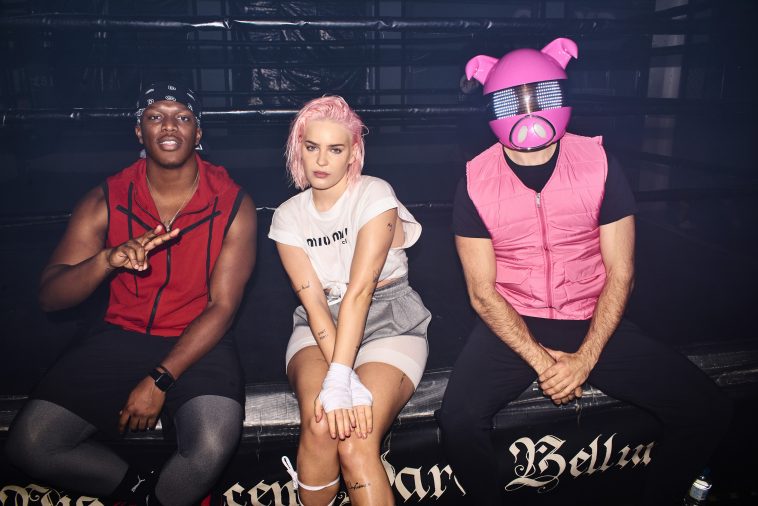 Laced with a garage-infused production, the uplifting track showcases Anne-Marie’s distinct vocals and KSI’s effortless flow as they deliver emotive lyrics about heartache. Combined with Digital Farm Animals’ electric production, ‘Don’t Play’ is a low-key banger which is sure to liven up your January.

Take a listen to ‘Don’t Play’ below’.

An accompanying music video for the song has also been released which pays homage to Anne-Marie’s background in mixed martial arts. Directed by ROSCOE, the visual sees Anne-Marie (who is a 3x world Shotokan karate champion in real life) being bullied by a gang of girls.

In order to overcome and fight back, she is trained by KSI who shows her the ropes in the ring. The visual powerfully embodies the ‘underdog’ narrative, proving that it’s possible for anyone to overcome adversity.

‘Don’t Play’ is also Anne-Marie’s latest single and follows on from a string of 2020 releases including ‘Birthday’, ‘Her’, ‘To Be Young’ featuring Doja Cat and ‘Come Over’ with Rudimental and Tion Wayne.

As well as working on new sophomore album, Anne-Marie can be seen on our screens every Saturday night as she is one of the coaches on The Voice UK. Joining Olly Murs, Sir Tom Jones and will.i.am for the first time, Anne-Marie has already proven to be an entertaining coach who will no doubt be able to impart plenty of wisdom to her team.

Back in November, Anne-Marie also released her first ever documentary on YouTube called How To Be Anne-Marie. Filmed during the pandemic, the documentary recounts Anne-Marie’s journey so far from her difficult school years all the way to the present day.

‘Don’t Play’ is available to download and stream now.

What do you think of Anne-Marie, KSI and Digital Farm Animals’ collaboration? let us know on Twitter @CelebMix