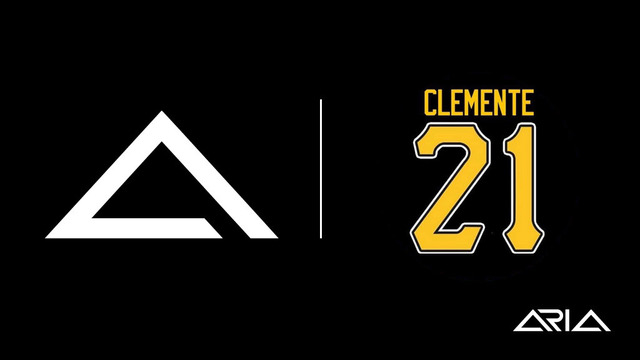 The ARIA Exchange is the NFT division of The ARIA Network—an integrated media group bringing physical and digital assets to life through advanced recognition, augmented reality and 360° immersive experiences.

“He believed that he played for the fans and he played for the people, and he was a humanitarian dedicated to giving back to his community off the field. The Estate of Roberto Clemente sees this partnership as an extension of that love for sharing things, and himself, with his fans.”

The ARIA Exchange represents a revolution in fan engagement, driving greater 1-to-1 connections between fan and athlete than ever before possible. Pioneering a new frontier of “living NFTs,” ARIA incrementally adds dynamic content over time, leading to significantly greater value of collectibles.

“Clemente is a National Treasure and we are honored to announce our partnership and to facilitate the story behind the legend of this beloved player,” said ARIA Network Co-CEO, Rebecca Jonah. “In partnership with the Clemente family, we hope that current and future generations of baseball fans are able to experience the life and the legacy of Roberto Clemente.”

“ARIA is changing the game in the collectibles space by providing its partners the ability to maintain an ongoing ownership share in perpetuity, finally allowing athletes to economically benefit from sales in the secondary marketplace,” said ARIA Network Co-CEO, Darren Mann.