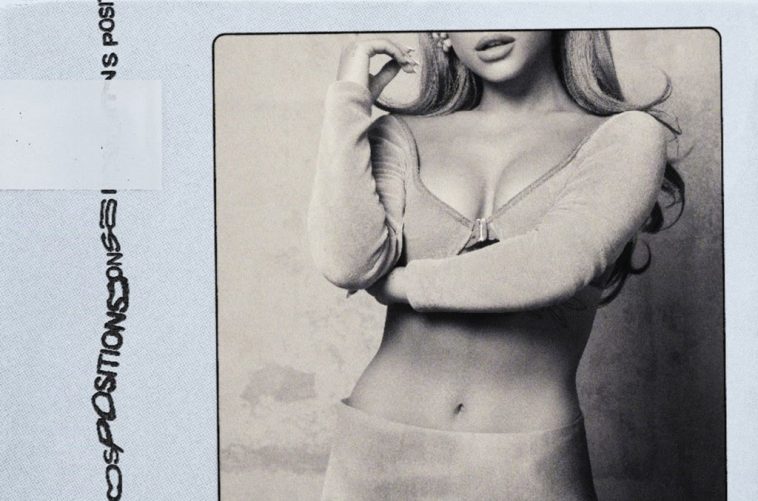 After a year of massive collaborations, Ariana Grande has returned solo with her lead single ‘Positions’ from her upcoming album of the same name.

Positions is a 90s RnB influenced track where Ariana expresses how her partner is making her want to switch things up and try new ‘positions’ for them, be in in the bedroom or day-to-day life. The track is the perfect introduction into the new era for Grande as she begins to enter a new sound for her sixth album.

After dominating pop for years now and becoming one of the main girls within the genre, Ariana is venturing into a different musical world. Produced by long-term collaborater Tommy Brown, and hip-hop/RnB producer London On Da Track (Summer Walker, 21 Savage, Young Thug), Ariana is showcasing yet another side to her artistic work.

Positions is simplistic compared to previous lead singles for the global star but leaves a lasting impact on the listener; it makes you want more of this from Ariana. The bouncing beat is carried by Ariana’s honey-sweet vocals and spine-tingling harmonies which allow her to uplift the beat and not be overshadowed by it. The replay value is off the chart with the catchy chorus and short yet sweet length all while dipping the listeners’ toes into what the new sound can deliver in the album. Positions is a perfect lead single to engage Arianators and the general public into the new era for one of the worlds biggest stars.

With her sixth studio album just seven days away, the teaser that is the lead single only anticipates the record more. RnB samples and influenced tracks are where Ariana truly shines the most and a whole album of the genre may just be her biggest era yet.

What do you think of Positions? Let us know by tweeting the CelebMix account!

Positions is the first single from the sixth studio album by Ariana Grande. Positions the album is due for release on October 30th 2020.