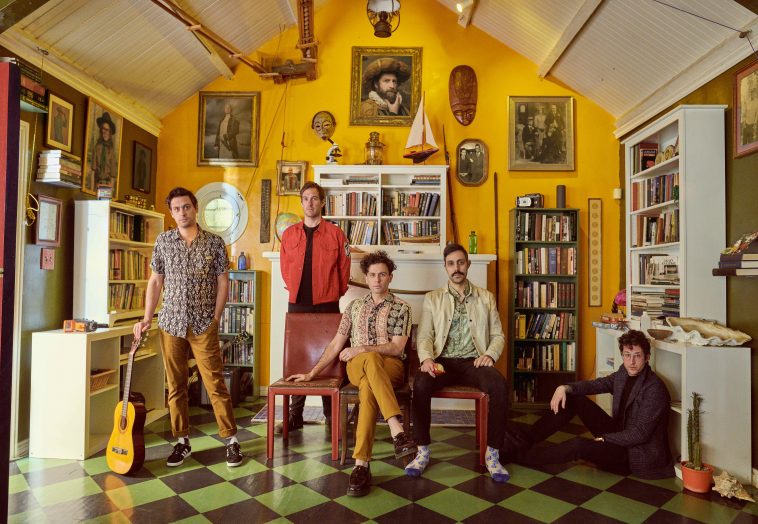 “You never know when the universe will deliver a tune from the song gods, but Years In The Making arrived just when we needed it” remarks Arkells’ frontman Max Kerman in response to the first new music from the band since 2018’s acclaimed Rally Cry; an album which led the 6X JUNO Award-winners to collect both Group of the Year and Rock Album of the Year at last years’ ceremony.

Arkells, known for their DIY spirit and commitment to shine a light on social programs and community initiatives, continued their brand of social advocacy with a recent campaign to rally support for local journalism.

Earlier this month, the band launched an initiative encouraging fans to “stop running from the paywall” and subscribe to print and digital journalism – a shrinking industry plagued by economic challenges in the current ‘freemium’ culture. Arkells gifted free custom shop t-shirts to fans in exchange for proof of a new year-long subscription, submitted via the band’s website.

The band are currently fulfilling hundreds of orders in an effort they hope can support a shift when it comes to recognizing that valued reporting should be paid for, something we here at CelebMix are big believers of.

Let us know your thoughts on Years in the Making at @CelebMix!