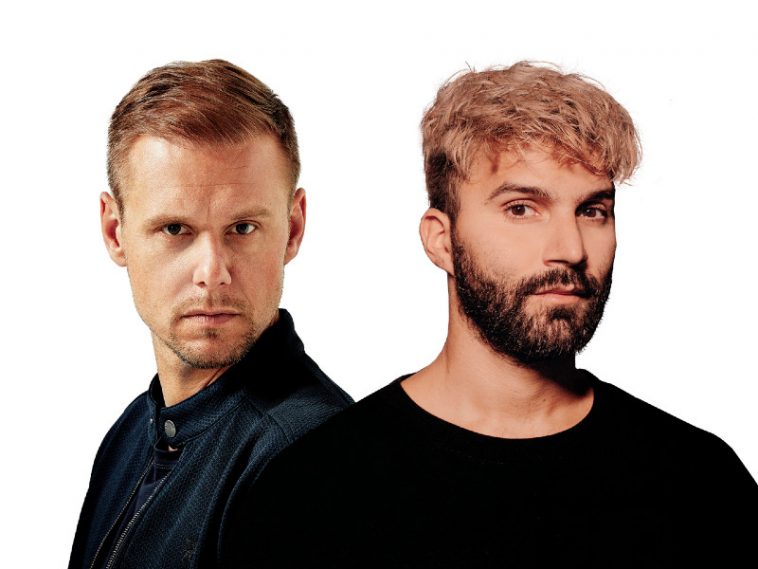 “Love We Lost” features Canadian singer-songwriter Simon Ward, and follows on the heels of Armin’s “We Can Dance Again” with Reinier Zonneveld and R3HAB’s “Shooting Darts” with Dimitri Vegas and Like Mike.

Talking about the song, Armin shares, “What I love so much about ‘Love We Lost’ is the special message it holds. Narrated to perfection by Simon Ward, the lyrics tells us that some things are worth fighting for even if the odds are stacked against us. I’m super stoked to have produced this track in tandem with Fadil/R3HAB, as I think very highly of him. I hope everyone who listens to the record will feel as inspired as we did when we created this song.”

While R3HAB says, “I’m thrilled to share my long-anticipated collab with Armin van Buuren, a fellow Dutch industry leader I admire for his sonic footprint in the past decade. ‘Love We Lost’ is exactly what I pictured when discussing this collaboration with Armin early on. I’m happy that we managed to blend both of our signature styles while incorporating Simon Ward’s lion-hearted vocals. To me, it’s a record with resonating lyrics that share our message of only moving mountains for things in life that truly matter.”

Armin van Buuren resides in the uppermost echelon of electronic music, with seven LPs and a global following via his weekly ‘A State Of Trance’ radio show. He’s performed around the world at leading venues and select festivals, including Electric Daisy Carnival (Las Vegas, New York), Ultra Music Festival (Miami), and Tomorrowland (Belgium), along with residencies on Ibiza and in Las Vegas.

With more than 11,000,000 monthly listeners on Spotify and hundreds of millions of streams, Armin van Buuren is a tour de force.

A legend in his own time, R3HAB, aka Fadil El Ghoul, began his dazzling career with remixes for Rihanna, Drake, Taylor Swift, and Calvin Harris, followed by platinum smash hits such as “All Around The World (La La La)” and “Lullaby,” along with collaborating with the crème de la crème of artists, like Ava Max, ZAYN, Luis Fonsi, and Sean Paul, as well as a host of others.

With over 20,000,000 monthly Spotify listeners, more than seven billion streams total, and in excess of 1 billion streams last year alone, R3HAB holds the title of Spotify’s Most Discovered Artist and is one of the platform’s most-streamed artists. R3HAB’s 55 gold and platinum certifications emphasize his tremendous talent. Mainstage appearances at EDC, Ultra Music Festival, Tomorrowland, Balaton Sound, Coachella, Summer Sonic Festival, and DWP Jakarta attest to the magnetism of R3HAB’s music.

“Love We Lost” opens on a simmering piano topped by Simon’s potent voice. As the song ramps up, it takes on plush, shimmering layers of coloration. On the chorus, the rhythm pulsates with thick muscle as Simon’s timbres elevate, infusing the lyrics with luscious intensity.

“Love We Lost” puts on full display the genius and flair of two of the world’s foremost producers – Armin van Buuren and R3HAB.