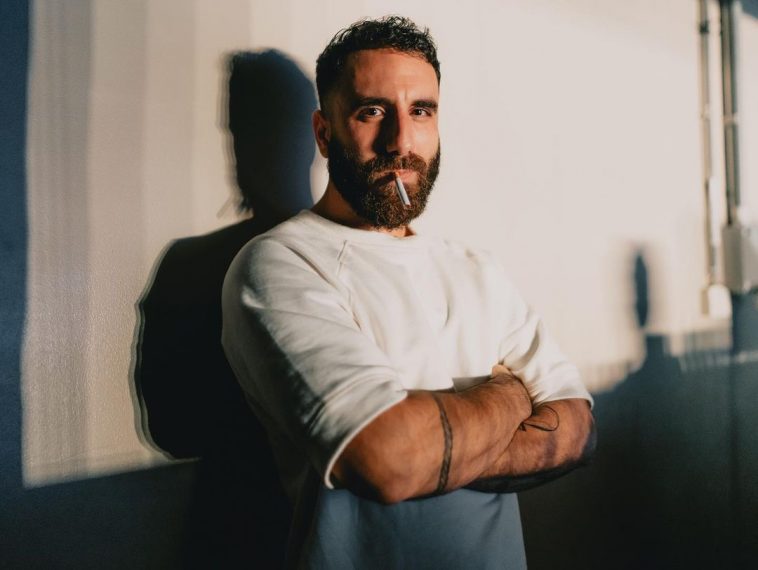 We had a chance to chat with an up-and-coming artist Edwin Ete, Amsterdam-based DJ who recently launched his series of music sets titled “Eddie’s Moodcasts.” We asked Edwin about what influences him as an artist, his inspiration, the one and only Amsterdam techno scene, and more.

Can you introduce yourself to our audience?

My name is Edwin Ete and I was born and raised in the southeast of Amsterdam. I am a performing and recording DJ mostly in the minimal tech-house genre.

Will you tell us how did your musical journey start?

My father has always been passionate about music and as a kid, I used to hear the oriental instruments in the background playing in the house. He used to play the guitar, piano, drums, and even the violin. All autodidact, which is impressive now that I think of that.

I grew up in a culturally mixed part of Amsterdam and got introduced to all sorts of sounds from South America to Africa, to the Middle east. The instrumental sounds of the oriental east at home would calm me down but my love for the 80s and 90s hip-hop and rap started in my teens. Not much later I’ve attended my first techno and house festivals and I was blown away by the sounds and the crowd.

You could say I’ve made my way from the urban scene to the techno scene but I have the feeling those two scenes are getting mixed here in Amsterdam anyways. I’ve joined the great minds at Deep House Amsterdam where I’ve started playing behind the decks.

What inspires you to create your sets?

When it comes to my tech house sets I am heavily inspired by the sounds of the UK Garage. The rolling bass and the heavy kicks with a lot of grooves I love it. There are a lot of fresh kids coming up that spikes my interest like Riley (UK) for example.

Can you tell us more about your recent project “Eddie’s Moodcast”?

Since my mood for the day influences my sets a lot as it becomes the main theme of my current work. “Eddie’s Moodcast” gives me the freedom to express how I feel on that particular day, and what inspires me at the moment. On occasions where I feel more focused and steady, it resembles in my set. You will hear fewer vocals but more minimal changes in kicks and snares that set the pace.

How would you describe your sound?

It’s difficult to label myself because that can feel a bit restrictive. However, I like to mix the modern minimal deep tech-house with the classic old-school Detroit funk. On moments where I feel more wavy and soulful, the sets have much more groove in them and it’s a completely different vibe. However, I have a busy mind with a lot going on and all my sets will tell you that.

I don’t have a fixed process as my Moodcasts are a reflection of how I feel at the moment. As soon as I can define my state of mind I make a song selection that expresses what I want. Sometimes I find a sample and build a whole set around it or I hear a new track of an unknown artist that influences the whole set.

Can you tell us a bit about the underground tech-house scene in Amsterdam?

Amsterdam is known as a liberal and progressive city but to be honest we can be quite conservative in many ways compared to other cities like Berlin for example. I like to describe Amsterdam’s tech-house scene as sexy but not raw.

I have the feeling that the disco scene and the urban scene have made their way to the house/techno scene here and you can tell by the lower bpms and happy vocals during live sets. Much different than the techno scene in Rotterdam where the likes of Speedy J, for example, are much better received and the venues tend to be much rawer.

Let us know your thoughts on Edwin Ete over on Twitter @CelebMix now!