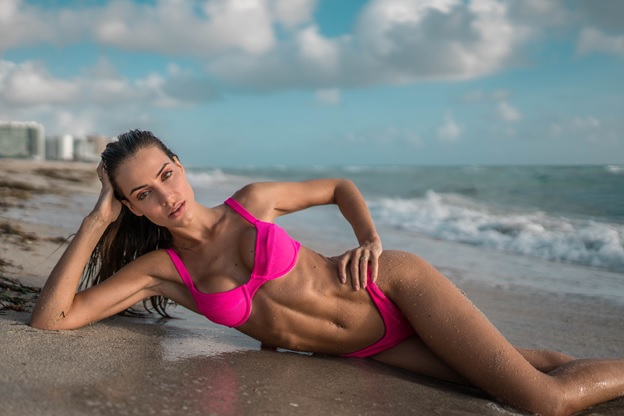 Model, actress, entrepreneur, and content creator Barbara Boller is paving the way for the next generation of models who will hit the runway as she exemplifies someone who excels in both modeling and content creation. She believes that models like her need not be confined to a single livelihood. Instead, they can look forward to reinventing themselves until they become established in their new careers.

The 30-year-old Brazilian-born model presently lives in Miami, Florida, and has traveled to China, Colombia, Canada, and Mexico, for work. Apart from being a model and content creator, Barbara is also into social media management, UGC videos, and consulting sessions with big companies.

“Being a model was always my dream and my passion, but so was marketing. I finally found a way to bring the two of them together through working with social media and content creation. The advertising industry – thus, the modeling – is changing a lot and being able to adapt is not a differential anymore but a must. It’s been two years since I started working with UGC (user-generated content), and I can say with certainty that this is the present and the future,” Barbara shared.

UGC is either a photo or video output developed with the purpose of being used as an AD on various social media platforms such as TikTok.

Even as a young girl, Barbara knew modeling would not be her last stop and sole source of fulfillment. She understood early on that there is life outside of modeling, and she never deprived herself of the opportunity to learn over and over again to prepare for a future in marketing as well.

Barbara is not just another pretty face in the modeling industry but someone who endeavored to study, work hard and make something else of herself by fearlessly pursuing her interests. She can speak three languages fluently, has a master’s degree, and is constantly looking for new ways to improve herself and understand the current trends in marketing.

If anything, Barbara is instrumental in changing the stigma many people have of models. Her story also inspires young girls out there who are waiting for the right opportunity to excel in something. Barbara is living proof that they can pursue more than one dream and be equally great in both.