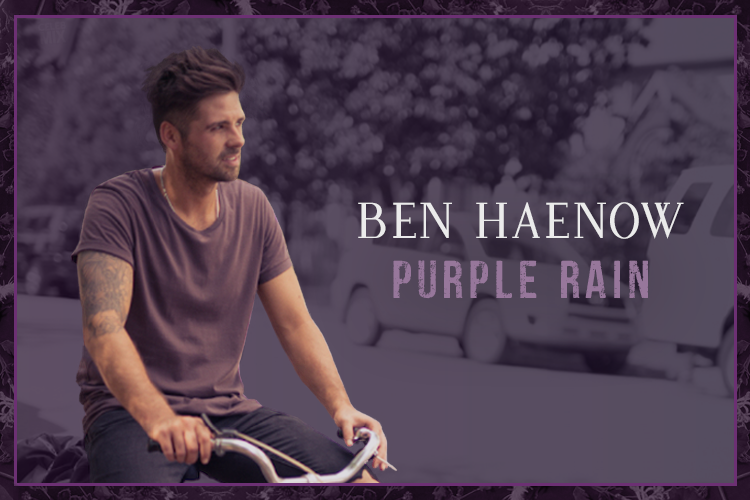 Showing the world how a cover should be done, platinum selling artist Ben Haenow has released a spectacular rendition of ‘Purple Rain’ by Prince. It’s a perfect tribute to the pop legend!

Ben has performed the iconic 1984 hit many times over the years, including at a live show on the day that Prince passed away, but this is the first time that his version has been released officially.

Speaking to Radio Helderberg about his new cover, Ben Haenow said: “Prince is one of those people that was a massive influence on me; his songs and charisma. ‘Purple Rain’ is one of the first songs that I learned to play on guitar so I thought it was fitting to do an acoustic version of it. We’ve done it at a couple of shows before. When Prince passed away, we were out on tour and we stuck it into the set as a homage to him and it went down really well.“

Ben’s rendition of ‘Purple Rain’ is available here. The track, which has been released via frtyfve, is the first in a series of acoustic covers that Ben will be dropping over the next few months. Fans are already excited to hear which tune he will take on next.

With the ability to take any song and make it his own, Ben is very much in demand. The former X Factor winner recently visited Sixty Sixty Sounds to perform ‘Tennessee Whiskey‘ and ‘Whipping Post‘ alongside fellow talented musicians. Ben has also recorded stunning versions of ‘Heart of Glass‘ and ‘Sexual Healing‘ for Double J Music‘s ‘Café Covers’ albums.

As well as putting his own spin on timeless classics, Ben has been making more new music of his own. The Croydon-born singer, who released a beautiful charity single titled ‘If You’re Lonely‘ last year, is known for his exceptional songwriting and he has teased that he will be heading in a rockier direction with his new material. We can’t wait to hear it!

Are you loving Ben Haenow’s rendition of ‘Purple Rain’ by Prince? What song would you like to hear him cover next? Let us know on Twitter @CelebMix!