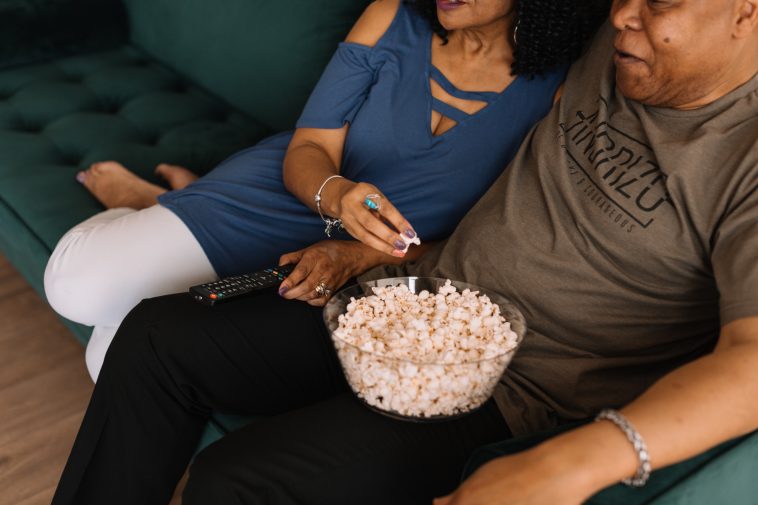 It’s that time of year when love is in the air. Whether you’re single and ready to mingle or loving life in a relationship, ExpressVPN’s flowchart on the best Valentine’s Day movies will have you covered this February 14th.

Haven’t used a flowchart like this one before? Simply start at the beginning of the chart and select the answer that best fits you. The personalized results from each question will bring you to your ideal match for that perfect Valentine’s Day movie night. So get your popcorn ready and pull out the flow chart.

Still need some help choosing which film is right for you? Here are some more details on the movies you might be settling in to watch this Valentine’s Day.

Even horror fans can get in on a romantic holiday with a movie like Get Out. Written and directed by Jordan Peele, this film was both award-winning and recognized as one of the best movies of 2017.

In Get Out, the main character, Chris, visits his girlfriend’s family for the weekend. As the weekend progresses, odd behaviors and experiences become downright disturbing. Harkening back to the classic Guess Who’s Coming to Dinner, this film brings the elements horror fans love while delving into systemic racism.

Maybe you’d prefer some hearty laughing this Valentine’s Day instead of the drama that goes along with relationships and sappy movies. If that’s the case, you may want to try Superbad. This coming-of-age film came out in 2007 and follows two friends as they bridge the gap from high school students to young adults.

With plenty of comedic moments and a star-studded cast, this is a great film to remind you why romance doesn’t always have to be the ultimate goal when it comes to February fun.

Romance… With Plenty of Suspense

If you like a major dose of suspense with your romance, you may want to consider watching Gone Girl. Based on the book by Gillian Flynn, this 2014 film follows a man whose wife has disappeared.

Though they appear to have the perfect marriage, husband Nick Dunne immediately becomes the prime suspect in his wife’s disappearance. The media grabs hold of the story, and it’s an instant frenzy. As pressure from the police investigation mounts, the seemingly perfect marriage begins to show cracks and strain, and people are left wondering who this couple actually was.

All romances can seem a little magical, but if you’re in the mood for something a bit extra fancy, you may want to consider Like Water for Chocolate. This 1992 film is based on a novel and follows the story of Tita, who is forbidden by her family to marry her one true love.

With no happy ending in their future, Pedro marries another, while Tita remains single and cares for her mother. As her emotions take shape, they begin to have an impact on the food she cooks for her family. Both the book and the movie were award-winning and promise an emotional, magical experience.

For some, romance begins and ends with the classics. From moody music and unforgettable moments captured on black and white film, these early noir pieces are the epitome of romance. If you’re one of these people, reach for Casablanca this Valentine’s Day.

Whether you’ve seen it a dozen times before or this is your first time seeing those rolling credits, Casablanca is worth the watch. This 1942 film featured Humphrey Bogart and Ingrid Bergman. Set during World War II, it follows an American expatriate who falls in love with a married woman. Bergman is looking to escape the country with her husband, and Bogart knows that helping her will mean he’ll never find happiness in her arms. For a historic Valentine’s watch that will tug at your heartstrings, look no further than Casablanca.

The Best Romance Movie For You This Valentine’s Day