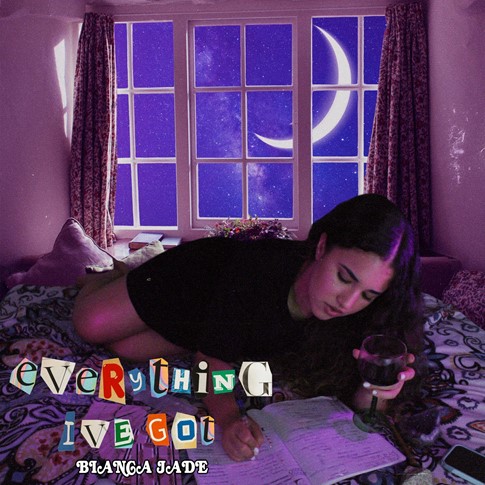 Inspired by female artists like Aretha Franklin, Whitney Houston, and Alicia Keys, Bianca started developing her musical gifts when she was nine, followed by teaching herself to play piano by ear, followed by writing her own songs by the time she was fifteen.

In 2017, she burst onto the scene with her debut album, B-Light. She then went on to perform with Jordin Sparks, Talib Kwali, and Jojo, along with appearing on BET, iHeart Radio, and NBC6’s In The Mix in Florida. She’s performed at the Adrienne Arsht Center, International Music Festival, SOB’s, and the Bowery Electric in New York City.

Written in NYC, “Everything I’ve Got” relates the challenges indie artists confront almost daily and cautions against getting in your own way, while simultaneously encouraging you to go for it with all you’ve got.

“Everything I’ve Got” opens on a lusciously creamy R&B melody riding a tasty rhythm featuring crunching percussion and a vibrating bassline. Bianca’s plush voice imbues the lyrics with delicious timbres, at once velvety and seductive as layers of posh harmonies add to the song’s bewitching flow.

The video depicts a retro elegance and luxurious glamor that’s refreshing: Bianca singing in a vintage jazz club, followed by shifting to her silhouetted against the Brooklyn skyline, followed by a bevy of mirrors representing the place of self-reflection on the road to success.

Bianca Jade has it going on! “Everything I’ve Got” is cool and stylish, opulent and chic, and highlights the oh so excellent voice of Bianca Jade.