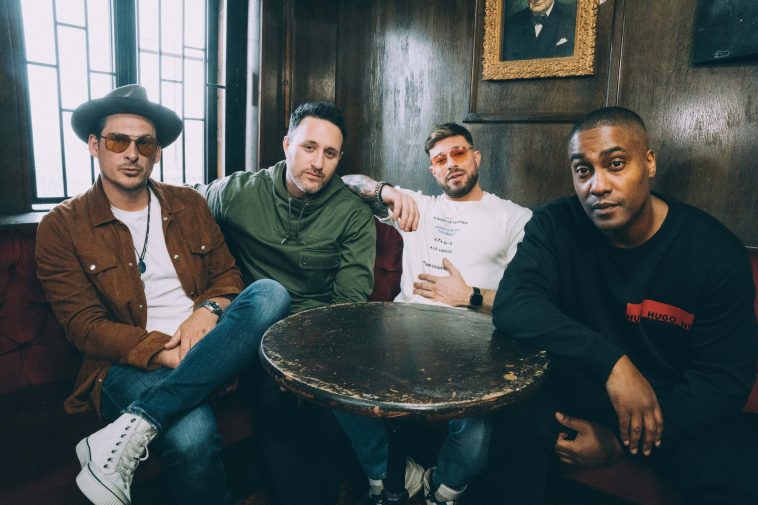 Blue continue their epic comeback today (June 29th) with the unveiling of their latest track ‘Dance With Me’ – a super sexy remake of American supergroup 112’s flirtatious 2001 hit.

Debuting hot on the heels of the bands anthemic new single ‘Haven’t Found You Yet’ (which was added straight to the A List at BBC Radio 2, and is currently one of the most played songs in the country!), the upbeat R&B tune serves as another taster of what’s to come from their brand new album, ‘Heart & Soul’ which is set to be released this coming September via Tag8 Music/BMG.

Of their decision to re-record ‘Dance With Me’ the boys from Blue say in a joint statement: “It’s a song we used to listen to in the car before every gig. It’s a nod back to what we were known for in the early 00s. Everything just seemed to fit into place as we were recording and we thought it was important to show the identity of Blue and what we’re about. The R&B feel and the soulful vocals has always been a catalyst for us and was important to have a bit of throwback on the album.”

Listen to ‘Dance With Me’ below:

Made up of an exciting mix of cheeky, playful pop bangers and heart-achingly beautiful R&B ballads, Blue’s 6th studio album ‘Heart & Soul’ looks set to be the groups most accomplished and personal project yet! Available on CD, Vinyl and Cassette, as well as on all digital platforms, the record is available to pre-oder now by visiting: blue.lnk.to/heartandsoul.

Following the release of the album the band (made up Antony Costa, Duncan James, Lee Ryan and Simon Webbe) are set to hit the road this December, where they will play 12 arena dates around the country

Unfortunately due to prior commitments, the tours original support act Atomic Kitten will no longer be joining the boys, so fans are encouraged to keep a close eye on all of Blue’s socials (Instagram, TikTok, Twitter and Facebook) where news of replacement special guests will be announced soon.

‘Dance With Me’ is available to download / stream now.