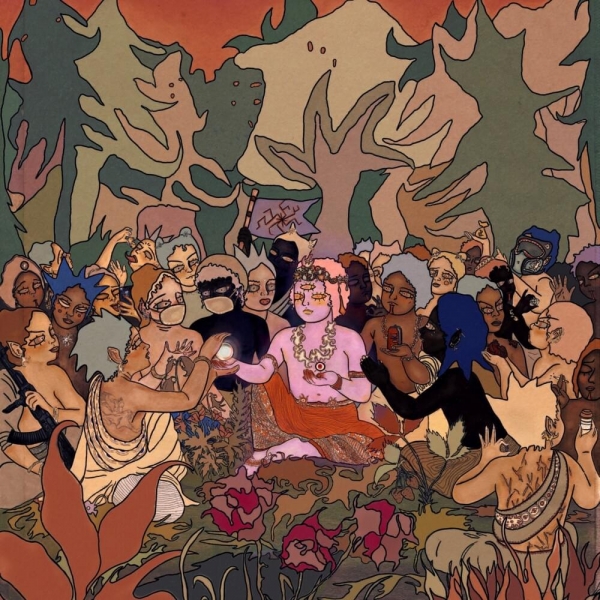 14 years into their career and Bring Me The Horizon have gone from strength to strength. After their triumphant album ‘AMO’ which saw them receive Grammy and BRIT Award nominations, the Sheffield band have returned with the first instalment into their four-part ‘Post Human’ EP series, ‘Post Human: Survival Horror.’

‘Post Human: Survival Horror‘ by name alone is a dark, heavy and powerful title and that is exactly how the EP plays out. The Coronavirus pandemic is the core of the extended play. Each track is laced with the different areas and emotions that we have all gone through this year and Bring Me The Horizon have managed to intertwine all of those thoughts, fears and anxieties that each of us have faced into one project.

Opening track Dear Diary begins with ” Dear Diary, I don’t know what’s going on, but something’s up” and that lyric alone summaries 2020. The alternative metal track is overflowing with anger, anxiety and LOUD, exactly like many of our minds have been. Parasite Eve compares the pandemic to war, with each person battling with one another over what to do during these times but the core take away from the track is “if we survive this, will we remember the lessons it taught us?”

Mental health is another key theme within the record. During 2020 it is no surprise that the mental states are being challenged and adding this theme to the record is more important than ever. Teardrops dips it toes into the world of how isolating the world is and the pain that poor mental health brings to those who suffer. 1×1 featuring NovaTwins, a personal favourite on the album, touches on the mental strain the feeling of guilt can have on us.

While frontman Oli Sykes previously mentioned BMTH not being a politically charged band, Survival Horror begins to test the waters of the group introducing politics more into their bodies of work. Obey ft YUNGBLUD flips positions, diving into how the world leaders control their nations, while the long-awaited collaboration between BMTH and BABYMETAL titled Kingslayer reflects on wanting a revolution and needing someone to really wake up and stand up for what is right.

Post Human: Survival Horror hosts some of the most thought-provoking lyrics from Bring Me The Horizon and truly gets the listeners to sit back and think during the project. Furthermore, it combines the sound of three of the biggest albums of the band’s career. Survival Horror combines the electronic elements of AMO, the metal aspects from Sempiternal and the softer rock from That’s The Spirit, three of the biggest eras for the Sheffield natives, making the album one of the best releases from the band thus far.

Post Human: Survival Horror is a near perfect alternative rock project, the only complaint being that it made you want more. It has set the standard incredibly high for the remainder of the four-part series, but also set the excitement levels up at the same standard.

For all the latest on new music releases, make sure you’re following the CelebMix account!