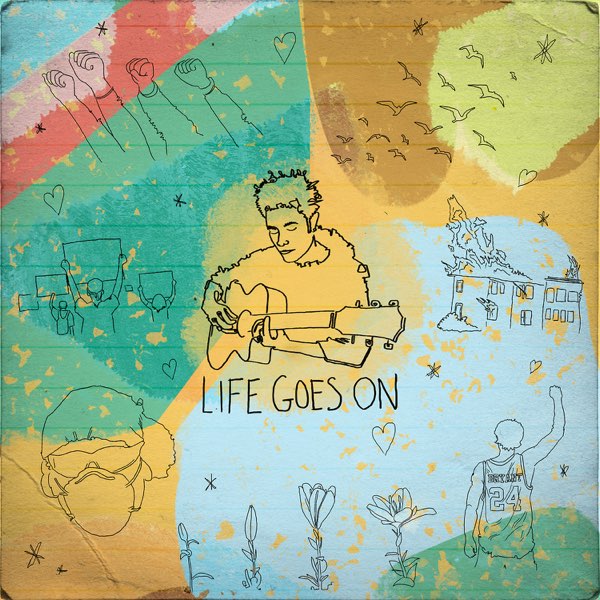 American rapper and singer Bryce Vine has dropped a brand new track called ‘Life Goes On’ which sees him dig deep into his feelings.

The raw and emotive track is a stripped-back offering from Bryce, which sees him bare his soul by expressing his struggles. “Life goes on when the lights go out”, he sings accompanied by a guitar, offering a little hope to anyone who might feel as if they’re alone. There’s no doubt that ‘Life Goes On’ is an important beacon of light which will resonate with many, particular during what has been such an unprecedented time in our lives.

The track was written after the untimely passing of legendary basketball player Kobe Bryant, with Bryce finding out about the tragic news whilst at the Staples Center for the GRAMMYs. “Everything stopped,” he explains. “He was almost like a superhero, especially for black kids. He was a master at his craft, spoke four languages, had a wonderful family, and was helping children everywhere through his foundation alongside his wife, Vanessa.

“I thought the reward for that would be more, so it really shook my faith in good individuals getting what they deserve. I vented on ‘Life Goes On.’ I said things that made me feel better in the moment about the situation. When I listen to it, it still makes me feel better.”

‘Life Goes On’ comes accompanied by a powerful animated video, which you can check out below.

‘Life Goes On’ follows on from Bryce’s most recent track ‘Problems’ featuring Grady, which was released during quarantine back in May, and ‘Baby Girl’ featuring Jeremih.

Bryce, who is best known for singles including ‘Drew Barrymore’ and ‘La La Land’, was due to spend the summer touring. However, due to lockdown, he has spent the past few months at home with his guitar instead which means you can expect even more new music from this rising star in the very near future.

‘Life Goes On’ is available to download and stream now.